Get your car smelling nice again as we choose the best car air fresheners from brands like Lynx, Jelly Belly and Yankee Candle 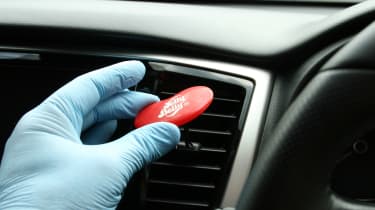 Drivers are divided over whether air fresheners are nasty niffs or pleasant perfumes, but what’s certain is they sell in their hundreds of thousands every year. Although some of us won’t have one near our car, there are enough drivers who love a whiff of fruit, mint or vanilla in their car to turn this into a lucrative market, with many companies keen to get a slice of it.

Alongside a wide range of perfumes, which cover everything from new-car scent to washing powder, air fresheners dispense their scents using a variety of methods. There’s the traditional rear-view mirror hanger, vent mounts, cans that go under the seat or in a cup-holder, plus sprays to use only when they’re needed.

Here, we look at which variation on the theme will lift your cabin, getting up close and personal to 10 to find out.

We focused on vent-mount air fresheners to ensure we were comparing like with like. We assessed how easy each was to install, and if it affected how the vent was used. Then we checked if the freshener could damage trim, and looked for a way to control the amount of fragrance.

Durability was checked over three weeks, while a seven-strong tasting panel rated the perfumes. Finally, we took price into account.

Lynx followed up its success in our mini test by taking victory here, and it was the most popular fragrance with our panel. The minimalist and good-value Little Trees takes second, while Sensi-Qui was our pick of the controllable solutions. 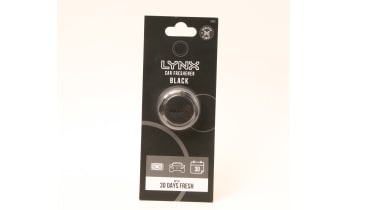 Bringing bathroom fragrances to your car isn’t the most obvious move, but it works because Lynx takes another victory here, following its mini test success (Issue 1,614). Despite trying the Black version rather than the Africa fragrance we sampled before, it also topped our taste panel’s scores, and this is at the heart of its success. It fitted the vent well, with relatively short prongs reducing the chance of clashing with controls. There’s also little risk of harming trim, because the fragrance sponge is held in a plastic casing. 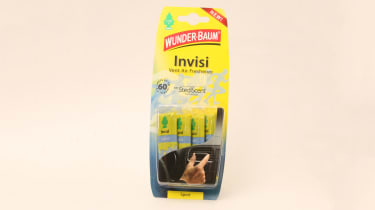 We ordered Little Trees online, and although the German-language version turned up, it was no worse for it. While the price looks expensive, you get four of the 6.5cm U-shaped impregnated strips, which just slip over a vent slat, leaving most designs to work unaffected. Usefully the strips come

in separately sealed packs, so you get full use from each one. They were one of the strongest-smelling at the end of our test. Add in second-place spot in our tasting panel’s assessment, and you have a solid runner-up. 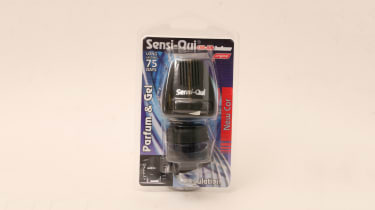 If you want to control how much of the fragrance is dispensed, this is our pick. A slider opens and closes a vent above the glass jar of fragrance gel. It means the unit is quite heavy, but it fitted securely in our test car. You get a decent 50g of gel, which showed no signs of fading in our test, lending credence to its 75-day fragrance claim. None of our testers spotted the new- car perfume, but they liked the subtle mix of aromas and put it third in their ranking. 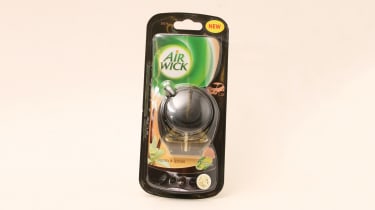 This product divided our testers, with some barely able to get close to the relatively harsh vanilla and spice mix, while others had it among their favourites. That’s a shame, because otherwise it ticks a lot of boxes.

You might be able to find a more acceptable fragrance in the range, because there’s a scratch-and-sniff test patch – aside from our winner, it was the only one in the top four with this. You get a hefty 6ml of perfume in the glass jar that slots into the base of the holder, which has a lever to control a sliding vent that varies the amount of perfume released. 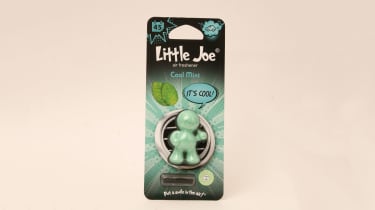 There’s a pleasant, minty whiff with a complementary menthol edge to this cute cartoon-style character. The pack claims 45 days’ life, and it was one of the strongest scents at the close of our test. Our panel also liked the fragrance (which could be sampled via a scratch-and-sniff sticker), putting it in the top four. But, in a closely matched top group, it lost marks and places because it has no protective cover so it needs to be kept away from trim to avoid damage. 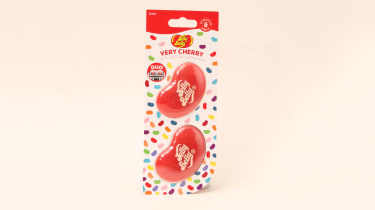 As the name suggests, you get two lozenge-style air fresheners in this pack. Usefully, the second one is held in a sealed pouch, so you can use them consecutively without losing any durability. A former winner with its tangerine fragrance in various formats, Jelly Belly’s cherry variation was a bit too much for some of our testers, who found it cloying. You can try before you buy, but it suffers from the same damage risk as Little Joe. 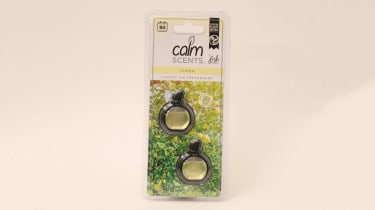 There’s a distinct citrus flavour to this perfume, which was generally popular among our panel. But a couple found a harsh edge to it, and those poor scores dropped it down the rankings. The perfume is safely held away from trim, and the second pod in the pack remains sealed until it’s needed. Uniquely here, frsh Scents says it is a plastic-neutral company and is part of the Plastics Bank, which is working to reduce ocean pollution 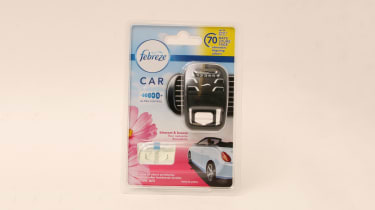 The familiar household name made a good start, because it has a lever to control the fragrance release, and the perfume is kept safely away from trim in a glass bottle. It also fitted easily over the vent slat with short prongs. Less good is the lack of a scratch and sniff sticker, or instructions for putting the unit together.

It also started to fade compared to rivals by the end of the test. That was just as well, because our panel didn’t really warm to the perfume. 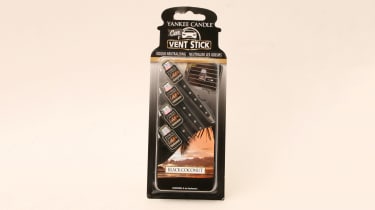 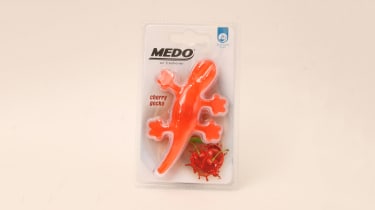