Renault has released a new, more potent Clio RS Trophy in a bid to reclaim the hot hatch crown. We see if it can beat Peugeot and Ford 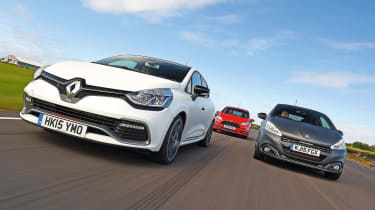 The Renaultsport Clio ruled the hot hatchback roost for years, but when the current car was released in 2013 it was met with a frosty reception.

In place of the naturally aspirated 2.0-litre engine and manual gearbox, the new car debuted a 1.6-litre turbo engine and a dual-clutch paddleshift transmission. 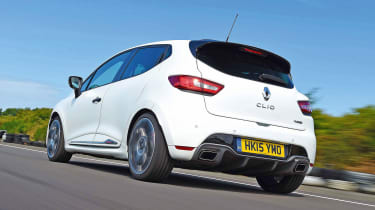 It robbed the car of some of its frenetic hot hatch thrills, but with this new 220 Trophy version, Renault claims it’s injected an added hit of va-va-voom.

Power is now up to 217bhp, while the gearshifts are up to 50 per cent faster. The Trophy also benefits from stiffer dampers allied to a lower ride height to give it the extra focus and sharper edge it deserves. 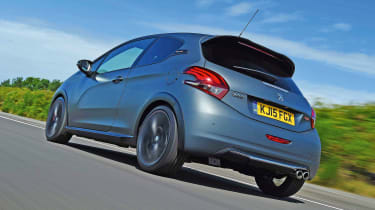 But it’s going to face a tough task, as we’re pitching the Renault against its compatriot –the upgraded Peugeot 208 GTi – and one of our favourite hot hatches: the Ford Fiesta ST. With more power and suspension tweaks, the Peugeot’s performance has had a hike, too. 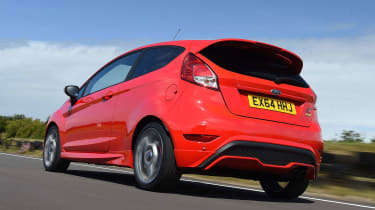 So to ensure the playing field is level, the ST we’ve lined up comes with a Mountune power pack. Does the Trophy have what it takes to beat the latest and greatest contenders?

Click the links above for individual reviews, and scroll down to see which hot hatch wins this test... 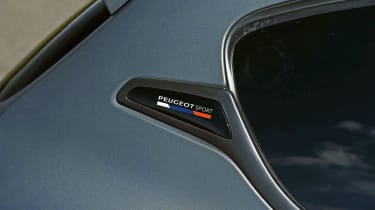 These three cars wear their extra badging for a good reason, as they’re even more focused versions of already highly tuned cars. However, it’s Ford that’s on form at the moment. The 208 GTi can finally hold a candle to the iconic 205, but the Trophy isn’t a match for its limited production predecessor. 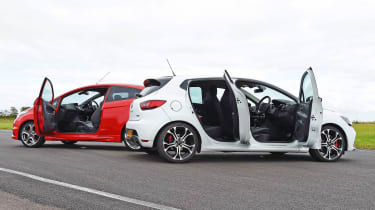 If you’re buying a hot hatch, looks are a big part. It’ll come down to personal choice, but for us, the Fiesta treads the line between regular hatch and back road rocketship best. The other cars’ unusual paintjobs won’t suit all – although you can tone them down with different colours. 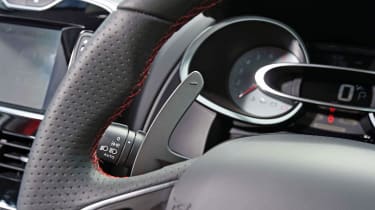 Ford and Peugeot have stuck with the tried and tested three-pedal layout – and their models are all the better for it – but the Renault comes with a dual-clutch gearbox only. Unfortunately, the upgraded paddleshift set-up is still the car’s glaring weak point. 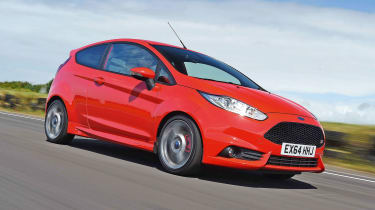 Yet again the Fiesta ST is our compact hot hatch winner, thanks to an unrivalled blend of spectacular performance, affordability, style and – importantly with cars in this sector – a huge grin factor. Every time you drive the Ford you’ll enjoy it – and that’s important, because this isn’t just a great car for a blast on the right road, but a brilliant all-rounder, too. 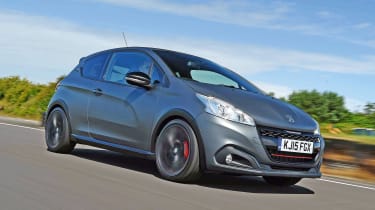 The 208 GTi is a car that’s definitely got better with age. The small tweaks inherited from the 30th Edition have transformed the slightly soft-edged Peugeot into a more focused machine that can almost match the best on road and track. However, the pricier 208 can’t reach the highs of the ST’s engine and chassis, plus it’ll depreciate more. 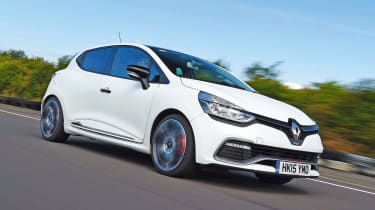 We were hoping for more from the Trophy and its upgrades over the standard Clio RS, as Renault has form applying the special nameplate to past Clios. While it’s still better than the regular car, with a snappier gearbox, the improvements still aren’t enough and the flat powertrain lets the agile and talented chassis down. 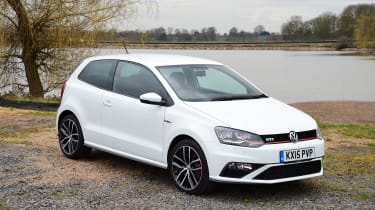 If you want a dual-clutch hot hatch, the VW Polo GTI is the other obvious choice. It’s got a sharper gearbox, but is nearly 30bhp down on the Trophy, and the chassis isn’t as sophisticated. It is the refined choice, though. 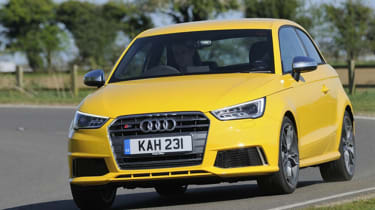 For a similar budget, a lightly used Audi S1 is in range. With a raucous 228bhp engine giving 0-62mph in 5.8 seconds, it’s massively quick thanks to quattro four-wheel drive. Refreshingly, it only comes with a six-speed manual.