Audi S1 hot hatch has incredible all-wheel drive pace and a classy cabin, but it comes with a chunky price tag, too

Audi’s smallest hot hatch is quick, safe, and definitely has a more upmarket feel than most of its rivals, but it’s not always as much fun to drive.

The brand’s exemplary cabin fit and finish definitely gives the S1 a lift, and the car feels grown-up when you want it to be and is comfortable on the motorway. Find your favourite back road, though, and the chassis is good enough to provide excitement around the bends. The major downside is the S1’s price, especially once you’ve ticked a few option boxes. The Audi brand’s reliability is also in the spotlight, with the A1 family performing poorly in our Driver Power Survey, and the brand’s reliability across the board failing to impress.

The limited edition A1 Quattro came first, but the Audi S1 is the production version of Audi’s hot A1, sitting underneath the S3 in Audi's cooking ‘S’ range. Yes, it's small, but despite its supermini size, the S1 packs a performance punch, as a result of it being fitted with the company's famous quattro four-wheel drive system, combined with the turbocharged 2.0-litre four-cylinder engine from the Volkswagen Golf R. Yet despite the performance, there’s still the upmarket feel we’ve come to expect from the Audi brand - hot hatch or not.

Sadly there is a catch and that is the fact that the S1’s combination of speed, stability and the fact it has that four-ringed badge, means prices new weighed in at around £27,000, with the five-door S1 Sportback around £600 extra. This is considerably more than rivals like the MINI John Cooper Works, but the Audi is unique as it’s the only all-wheel drive car in its class, so that makes it more attractive than front-wheel drive rivals. 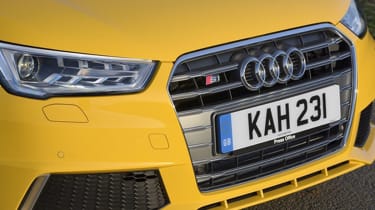 Those high starting prices mean even a couple of options can really add up, sending it towards £30,000, and bigger rivals that offer more practicality and performance, including the Volkswagen Golf GTI, SEAT Leon Cupra and BMW M135i are temptingly close.

So the S1 is expensive, but it is fast and will accelerate from 0-62mph in a blistering 5.8 seconds, which is one full second quicker than rivals like the Ford Fiesta ST and Renaultsport Clio. However, they cost £17,395 and £19,145 respectively, again making the Audi look seriously pricey.

Still, there’s that legendary Audi premium build quality, that the Fiesta ST and Clio RS don’t even get close to matching – in particular, the S1’s cabin feels much more expensive, with metal controls for the multimedia and heating systems, as well as half-leather seats, climate control, Bluetooth, a DAB radio and Audi’s MMI infotainment feature coming as standard. 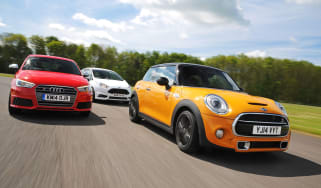 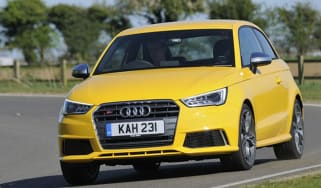 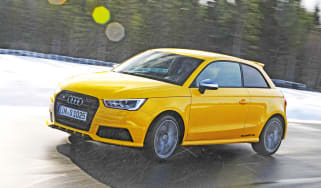 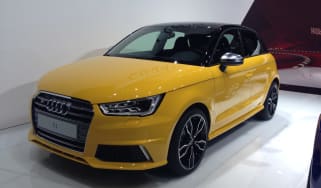 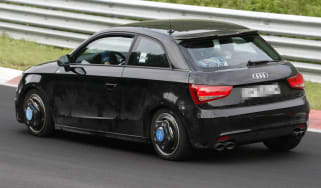