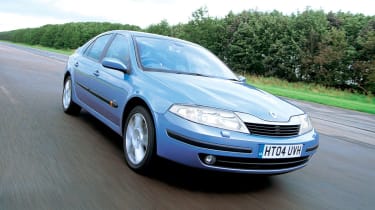 “This is the worst car I have ever owned. There are constant electrical faults and with less than 50,000 miles on the clock, major mechanical parts need replacing.”

“This is the second Laguna I have owned. The first, the previous model, was a complete nightmare, this car on the other hand although having only minor modifications is very different. The ownership experience is much improved and more in line with my expectations.”

“Okay until clutch failed after 31,000 just after warranty expired and had to fight tooth and nail to get them to offer me half of the cost of the repair. Total bill was £900.”

“It does the job I bought it for but it doesn’t excel at anything but it gets me from A to B without any fuss.”