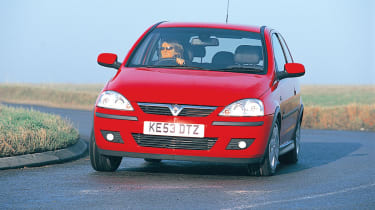 “I am disappointed that a six-year-old car feels much older. Little niggles are appearing that I expect to cost in repairs over the next 12 months.”

“Great city car but also good on long drives. I usually buy Vauxhalls, apart from a Renault Clio I bought once - I went back to the reliable Corsa! It doesn't feel like a small car. It's reliable, economic, nippy and so easy to drive - I love it!”

“It does the job - it's cheap to run and comfortable enough. I'm not going to win any races, but it suits my needs”

“Fun to drive - easy to maintain and small enough to park easily - would like a bigger engine (SRi - but could be quicker low down.”

Another year of bitter disappointment for Vauxhall sees it retain a miserable 28th place. While they continue to sell well, you say the firm's cars just aren't satisfying to own and drive on a day-to-day basis. Vauxhall's worst rating comes in the ease of driving rank, but other finishes are mid-table at best. It's a sad fact that the highest placed top 100 model – the Omega – is no longer in production.