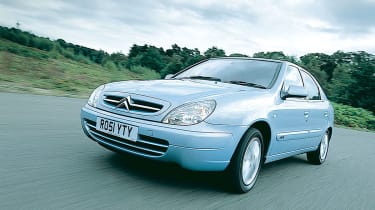 “Underpowered, unreliable and very tatty after six years. Multiplex wiring makes the electrics expensive to fix, and the climate control is broken beyond repair.”

“It's a reasonable car, nothing special but it does the job.”

“A car that is okay but that is all. Would not recommend to my worst enemy.”

Wow! Citroen's in seventh heaven. While 23rd overall is hardly cause for celebration, a jump of seven places is a huge step in the right direction for the firm that found itself only seven steps from last place in 2006. Focusing its attention back on to producing design-led models that are genuinely desirable, it looks like things are on the up. However, there's still a long way to go...