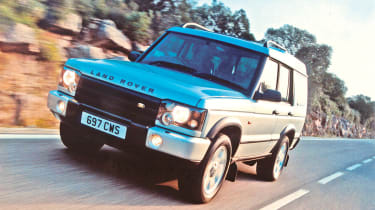 “It looks like a tough 4x4, but high maintenance, fuel costs plus pricey parts and servicing are a problem. Something is always going wrong and it drives you mad.”

“Highly versatile and practical workhorse. Build quality not up to modern standards though.”

“Leaks water in, leaks oil out(been into dealers 18 times in two years for oil leaks). An excellent car without these problems. This is my second Discovery but the persistent oil leak which the dealer cannot cure has convinced me not to buy a Discovery 3.”

It's current model line-up is proving popular, yet Land Rover's problem is that its cars of yesteryear are dragging it down. As more examples of the firm's latest Discovery are reported on, the firm's position has risen by four places, but the old-shape Disco and previous Freelander are ruining the line-up's average rating. However, one thing holding back the whole range is its steep running costs.