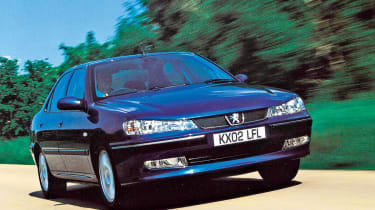 “I like my 406, but I've lost confidence in it as loads of little things keep going wrong. It's put me off buying another Peugeot, which is a shame as I like some of its cars.”

“For the amount of miles I cover and the way I treat my car I think many other cars would have fallen to pieces. Hopefully this one will keep going for a little longer. A true workhorse.”

“A cheap lightweight car with little quality. Definitely not an executive car even though this is part of the model name. The gearbox (automatic) seems to need several seconds thinking time and will not be rushed into any decisions. Does not seem to generate the power it should. Sometimes seems to struggle putting 200bhp through the front wheels. ”

“The 406 Coupe’s one of the most beautiful cars from a mass production car manufacturer. Never a disappointment except the 407 replacement. ”

“An excellent all round car, but when something goes wrong be prepared to pay a hefty bill whether it be with the manufacturer or a local specialist garage due to the on-board computer system. When it's right is wonderful, when it's wrong it's expensive. ”

“Original braking faults reported when new, still exist three years on. Main dealer tried to avoid other faults because of cost under warranty. In the garage three or four times a year for warranty repairs. Faulty design parts are replaced with same design faults. Unreliable!”

It's one of the most popular new car makers in the UK, but Peugeot is letting its customers down. The firm has done well to close the gap on Renault this year, but its customers are still a disgruntled bunch. The brand comes last overall in the ease of driving category. This is probably due to the grabby brakes and sloppy gearbox that are common to many generations of Peugeot models.