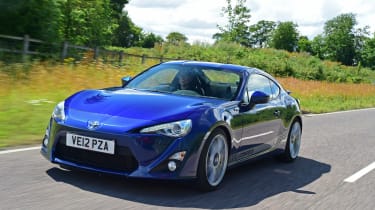 The upgrades from British motorsport experts at Cosworth unlock the GT 86’s inner potential we’ve longed for since launch – but at a price. It’s not as aggressive or raucous as you might think, either, simply heightening the standard car’s character. The Cosworth GT86 is fun, but at this level it pushes it close to the best in the business from Audi, BMW and Porsche.

If you’re in the market for a hotter Toyota GT 86, take note – thanks to motorsport specialists Cosworth you can now bag one with a healthy 280bhp and 305Nm of torque - that’s 83bhp and 100Nm more than standard. But can it release the rear-drive coupe’s potential?

The engine runs what Cosworth calls the full Stage 2.3 upgrade kit, including a supercharger, a high-flow air filter and intake, a new exhaust system and a new race-spec ECU. 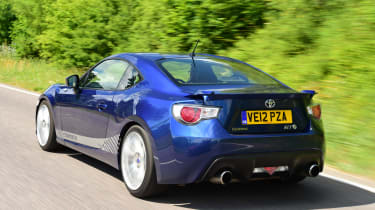 Out on the road it’s the torque you notice the most. There’s more performance lower down compared to the standard car, but it’s still not quite as you might expect. If you want the full hit, you still have to rev the ‘boxer’ engine out to its raised 7,200rpm limit. Keep your foot to the floor and it scorches through the gears, but as our test car wasn’t fitted with the full exhaust (capping power at 260bhp) the engine still sounded coarse inside. 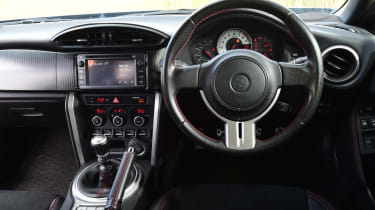 It’s not just the GT 86’s engine that has been tweaked, either. Cosworth has equipped the car with new KW suspension, so its even firmer and more focused – but the body control is good, so with more power and an extra responsive edge to the chassis.

While the standard car is fitted with the same tyres as the Prius hybrid, which meant the chassis was playful but grip ran out quickly, here we have 18-inch lightweight alloys and fatter, grippier tyres. As a result it hangs on better through the bends, while a brake upgrade from British manufacturer AP Racing means it’ll stop hard, too. 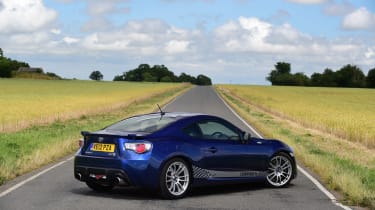 Inside, it’s just as practical as the standard car, with a roomy cabin and a decent sized boot as the modification don’t alter the GT 86’s basic shape. There is one rather large drawback to this car’s upgrades, however. Cosworth brakes its enhancements down into stages, with Stage 1.0 the start, rising to 1.3, before Stage 2.0 adds the supercharger.