Exclusive: a hot new Vauxhall Corsa is on the way with an electric powertrain and possibly a VXR badge 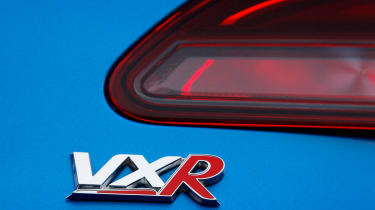 Auto Express understands that Vauxhall could launch a hot electric Corsa, possibly wearing a VXR badge, as early as 2021.

The new generation Corsa is due later this year running on the platform borrowed from its Peugeot 208 sister car. It now seems the Vauxhall could also benefit from the electric powertrain Peugeot has apparently earmarked for the new Peugeot 208 GTi hot hatch.

Speaking exclusively to Auto Express, Vauxhall/Opel CEO Michael Lohscheller said, “You can be sure that we will have some positive surprises in terms of having emotion as one brand pillar of Vauxhall.”

“I think the electrification point is important; most people think electrification is for green reasons, for CO2 etc. It’s not only that – it’s also fun. I think that’s what we’re thinking of and how we might bring that to more people – but it’s just in the thinking at the moment

“We’re thinking about how we can bring electrification to a new level in terms of sportiness. This emotional aspect of electrification is important, so its not years away.”

“We’ve chosen to launch electric cars in some of the biggest segments,” Lohscheller told us.

Do you like the idea of an electric Vauxhall Corsa VXR? Have your say in the comments...