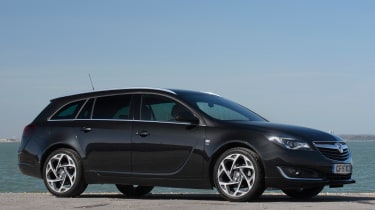 In isolation the Insignia is a competent car, not especially lacking in any one area. Problems appear when you compare it with rivals – many offer more reliability, space or safety. However, while most beat the Vauxhall in a few areas, those that beat it in several invariably cost more – which is why the Insignia is an attractive used buy.

Ever since the post-war years, Vauxhall has stood for value-for-money family motoring, and its purchase by PSA is unlikely to change that.

When it comes to affordable family transport, few cars provide better value than the Insignia. Sitting in a market segment that’s shrinking, the large family car sector is also dominated by more prestigious German brands, which is why the Insignia has an especially tough time. As a used buyer that plays straight into your hands though, as hefty depreciation means you get more car for your money when buying an Insignia than pretty much any other car on the market. The question is, should you buy one – and which one, if you do?

A new Vauxhall Insignia has just been launched, however we’re focusing on the original model, which was on sale between 2009 and 2017, in this review. 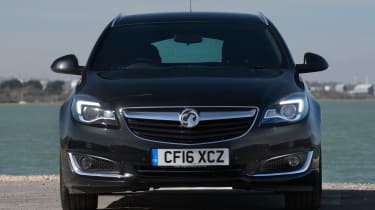 The Insignia saloon and hatchback went on sale in January 2009 with 1.8, 2.0T or 2.8T V6 petrol engines, or a 2.0 CDTi diesel in 128bhp or 158bhp forms. The Sports Tourer estate arrived two months later with the same engine and trim options.

In April 2009 the 139g/km 2.0 CDTi EcoFlex appeared, along with the 321bhp 2.8 V6 VXR, with standard four-wheel drive. A 1.4T engine arrived in May 2011, then a facelift in October 2013 brought new multimedia, improved refinement, fewer trims, revised suspension and steering – plus 99g/km 2.0 CDTi and 168bhp SIDI turbo petrol engine options. The high-spec Country Tourer 4x4 pseudo-SUV appeared at the same time, with a raised ride height; a 1.6 CDTi joined the range in July 2015.

Petrol-engined Insignias are relatively unusual; as long as you buy one that’s turbocharged it’ll be zesty, but the diesels make the most sense as they’re more plentiful, frugal and muscular. 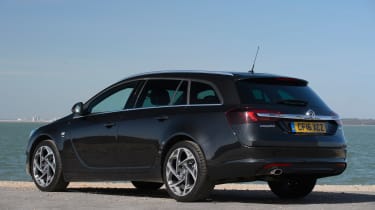 Alternatives to the Vuaxhall Insignia Mk1

The Insignia’s key rival is the Ford Mondeo, which offers everything the Vauxhall does in terms of availability, a wide model range, value and practicality – but it adds a more engaging driving experience to the mix. The Skoda Octavia always does well in our Driver Power survey thanks to its ease of ownership and usability; prices are higher than for the Vauxhall, though.

If value is key, we’d suggest you take a look at the Peugeot 508. You should also consider the Honda Accord, which offers smart looks and decent value, but a narrow model range. The VW Passat is worth a look, but you’ll need deeper pockets to buy one.

Electrical glitches can crop up, including the dashboard displays and/or illumination switching off. But such issues are unpredictable. 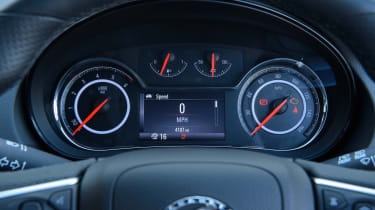 On some cars the rear brake pads can bind. The pads have been redesigned, but any car with older parts may be suffering from binding brakes.

A full-size 20-inch alloy spare wheel will fit in the boot-mounted well. Vauxhall sells spacers to make it all fit; they cost around £24 for a pair.

Big 19 or 20-inch alloy wheels aren’t unusual, but these can spoil the ride and are prone to buckling, leading to annoying vibrations.

The cabin is comfortable and roomy, and the seats have a wide range of adjustment; the optional Ergonomic Sports Seats are worth seeking out. Rear seat space is good, while boot space is 530 litres seats up, or 1,470 with them folded down (for the hatch; estate figures are 530 and 1,530 litres). 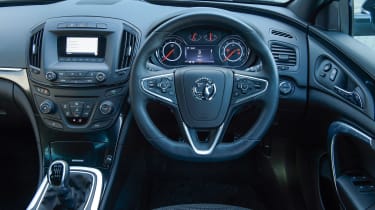 All Insignias need to be serviced every 12 months or 20,000 miles. Services alternate between minor and major, priced at £149 and £249, regardless of which engine is fitted (although this excludes VXR models, which have to be quoted for separately).

The first recall came in November 2010 due to a problem with the driver’s airbag. In January 2011 some cars were recalled as the electric window anti-trap could fail. Estates built up to March 2015 were recalled in May 2015 as the tailgate’s gas struts could fail. In July 2016 it was noted that the steering could fail on some cars built in April 2016.

A score of 136th in the 2016 Driver Power satisfaction survey is no surprise for what’s now an ageing car. However, just one top 100 score is disappointing (67th for practicality). Next came 112th for seat comfort, while the lowest rating was 142nd for ease of driving. Reliability was rated at 141st.