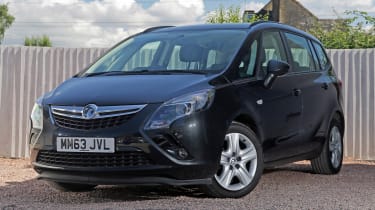 On the face of it the Zafira Tourer has everything a family could need. It offers smart looks, a spacious cabin and, apart from entry-level models, lots of equipment. Most used examples available have a good engine and you can buy a version that’s fairly new and has covered relatively few miles for not much cash at all. Throw in seven-seat versatility and the Vauxhall seems unbeatable, but our Driver Power satisfaction survey shows this is a car that many owners feel is no better than average in most respects, and not even that good in others. So while the Zafira Tourer has lots to offer, make sure that it really is the right car for your needs before buying.

Seven-seater estates have been around for decades, but it wasn’t until 1994 that the compact MPV concept arrived with the Renault Megane Scenic. It offered a new level of versatility but wasn’t cumbersome.

While Renault created a template, it was Vauxhall that perfected it with a seating layout that has since become the industry standard: a third row of pop-up seats offering flexibility like never before.

The original Zafira arrived back in 1999 and was replaced by an all-new model in 2005. The more upmarket Zafira Tourer supplemented and then superseded this in 2012. You can now buy one for less than £6,000, but should you? 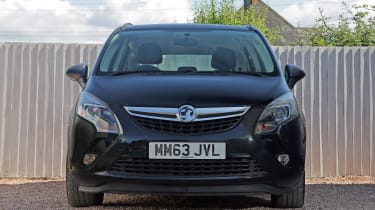 We got our first glimpse of the Zafira Tourer at the 2011 Geneva Motor Show and within a year the production car was in dealers.

A facelifted Zafira Tourer arrived in October 2016 with much better levels of connectivity, Adaptive Forward Lighting with LED headlights and a redesigned nose.

The manual box is nicer to use than the clunky auto, while the 1.8-litre petrol engine is underwhelming, but all other units are very good. As Vauxhall’s upmarket Zafira, all versions of the Tourer are well equipped. 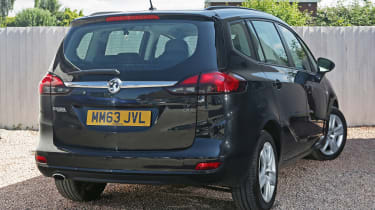 Even the entry-level ES comes with air-con, cruise control, a multifunction steering wheel, a DAB radio, and electrically heated and adjustable door mirrors. It gets only front electric windows, so you have to go to the Exclusiv for powered rear windows, along with alloy wheels plus front and rear parking sensors. Tech Line adds sat-nav, SE gets climate control, automatic wipers and privacy glass, while Elite has perforated leather trim, heated sports front seats, and a panoramic windscreen and roof.

Alternatives to the Vauxhall Zafira Tourer

The Vauxhall’s closest rival is the Ford Grand C-MAX, which looks smart, feels surprisingly sporty to drive and is readily available at keen prices. It’s generally reliable and generously equipped, too.

Sharing lots of these attributes is the Mazda 5 Mk2 (from 2010), but there aren’t so many of these on the used market. Not as spacious and dearer is the Volkswagen Touran, which comes with some excellent engines and offers very good build quality. 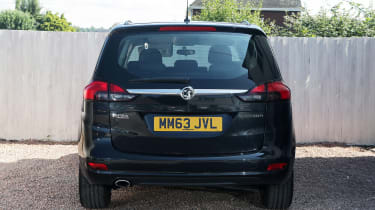 If you want an automatic transmission you’ll have to buy a 1.4T petrol or 2.0 CTDi 163/168 diesel; all other engines were manual only.

Some electrical items aren’t that robust, so ensure all exterior and interior lights work, plus the wipers. The radio can turn itself on then flatten the battery when the car is left.

Check that the central locking functions fully; the tailgate release can prove to be particularly temperamental, so ensure that it locks and unlocks reliably with the key just in case.

The rear brakes can suffer from squeaking and squealing due to binding. Dealers should be aware of the issue because it’s affected quite a number of Zafiras.

Facelifted cars have a better dash design than their predecessors, but all Tourers feature a spacious cabin that’s superb for five. The third row is fine for children, yet cramped for adults. Second-row seats that slide fore and aft individually improve versatility, while boot space is great: 710 litres with the third row folded. 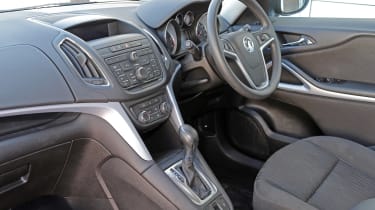 All Zafira Tourers need servicing every 12 months or 20,000 miles. Maintenance alternates between minor and major check-ups, at around £159 and £249 respectively for cars under three years old. Once a model reaches its third birthday you can enjoy cheaper maintenance, but only the major service cost is reduced, to around £199.

You’ll need to pay around £40 every two years to replace the brake fluid. Only 2.0 CDTi and 1.8-litre petrol models have a cambelt; it needs replacing between six years or 72,000 miles and 10 years or 100,000 miles depending on the build date. Your dealer can tell you from the VIN. It will charge you £239 to do the work.

While the original Zafira was affected by three recalls and its successor four campaigns, the Zafira Tourer, also known as the Zafira C, has only had one. 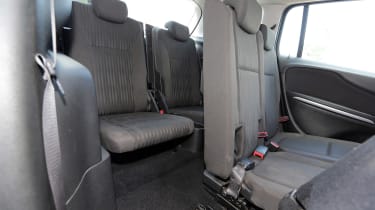 The notice was issued in July 2016 and related to models built from 13-19 April 2016; 537 examples were involved, but this figure includes some Insignias, too.

Some cars were made with a faulty track rod end which could come adrift, leading to a loss of steering control. The solution was to fit a replacement track rod end.

The Zafira Tourer’s last appearance in our Driver Power satisfaction survey was in 2016 when it came 104th. Its highest score was 60th for practicality, with ride and build quality not far behind. But it ranked 132nd for ease of driving, and seat comfort, in-car tech and reliability were also criticised.