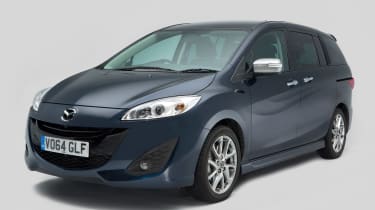 The Mazda 5 is quite rare and there’s not much choice in terms of engines and trim levels. But that’s no bad thing as the powerplants are good and none of the models is sparsely equipped. When we ran a 1.6D model for a year on our fleet it was a major hit, proving reliable, comfortable and great to drive. We found it perfect for cross-country runs and long motorway drives alike, and it’s an unsung hero in this market. If you’re after a great MPV, don’t overlook it.

Some cars, although talented, just fail to capture buyers’ imaginations. Take the second-generation Mazda 5, for example. It has a versatile interior, sharp exterior design and is frugal and good to drive – pretty much all you want from an MPV. But it’s never been a big seller here.

It’s not as if it fails to deliver in any key area, because it holds on to its value well and also has a good safety record. The 5 is simply a great all-rounder.

The Mazda 5 arrived in showrooms in 2005. The Mk2 replaced the original model in 2010, and it’s the latter second-generation car that we’re focusing on in this review. 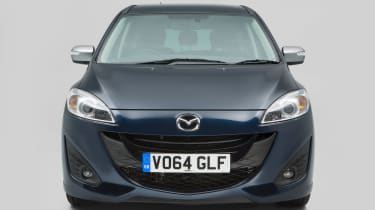 The second-generation Mazda 5 reached showrooms in September 2010. Buyers could choose between 1.8 or 2.0-litre petrol engines with a six-speed manual gearbox – there was no auto option.

Mazda rationalised the range in autumn 2012; from then onwards, the 5 only came in Venture spec and with the 2.0 petrol and 1.6 diesel engines.

The 1.8-litre petrol engine feels weak; the 2.0-litre petrol is a better option, although the diesel makes the most sense of all as it’s smooth, efficient and reasonably muscular. 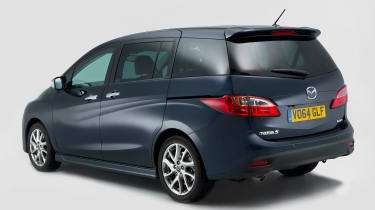 Alternatives to the Mazda 5 Mk2

For value, it’s hard to beat the Vauxhall Zafira, which is versatile and very affordable. A more expensive choice is the Volkswagen Touran, which looks staid, but provides great family transport.

So, too, does the Toyota Verso, while the Renault Grand Scenic, Peugeot 5008 and Citroen Grand C4 Picasso represent impressive value for money. Ford’s S-MAX is the best car in its class to drive. But it isn’t a very compact MPV – it’s almost as big as its Galaxy sister car.

The dash is clearly laid out, the materials are of a high quality and the seats offer plenty of support. Sliding rear side doors improve access and there’s a 780-litre boot with the third row of seats folded; push down the second row, too, and the 5 offers 1,485 litres. 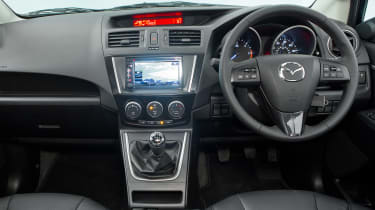 Check the glass for chips that may turn into cracks. It’s not unusual for the windscreen to crack after a stone chip.

Access to the 5 is good thanks to sliding rear doors, but inside things are cramped in rows two and three.

An aftermarket DPF can fail quickly and be expensive to replace. Fit genuine parts and the bill can be £2,000+.

Some of the interior plastics aren’t that appealing. For the same money you can buy a rival that’ll feel more upmarket. 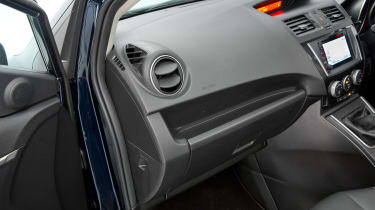 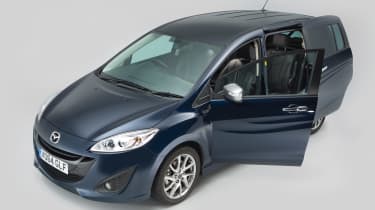 The second-generation 5 has been recalled just the once. This was issued in April 2013 and affected 1,031 of the 1.6-litre diesel models built between October 2010 and November 2012. Water could get into the engine glow plug’s control module on some cars. This could result in corrosion of the module, which could also melt due to short-circuiting. The solution was to fit a new module in a different location.

The 5 Mk2 didn’t feature in our Driver Power 2016 satisfaction survey.