Few people carriers handle quite as well as the Mazda 5, and with seven-seats and sliding rear doors, it’s also seriously practical 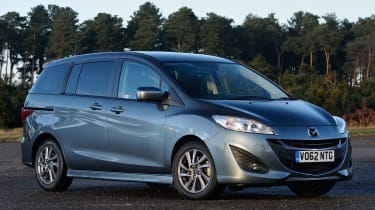 The Mazda 5 is an MPV with many strings to its bow. As you’d expect from a vehicle in this class, it’s both practical and functional. There’s a range of family-friendly touches, like sliding rear doors that are easy to open in even the tightest of parking spaces and ensure that getting the kids on board is as easy as possible. There’s also a big boot and folding seats, allowing owners to get the most out of the space available when there are big loads to be carried. But its talents don’t end there – it’s also a blast to drive. Mazda introduced a new 1.6-litre diesel unit to the 5 in 2011, and it offers real punch, while the driving dynamics are surprisingly sharp for a people carrier. The steering is responsive and it holds onto corners well – but it manages to achieve this without compromising the ride comfort. It stands out in the compact MPV class for being genuinely fun to drive. And that’s not its only stand-out quality – the swooping design certainly sets it apart from rivals and helps it to avoid the dowdy look of some seven-seaters. Its looks are likely to divide opinion, but if you want a compact MPV with character, the 5 has it in spades. Bear in mind that its compact dimensions come with both advantages and disadvantages, though. You’ll only fit seven people in at a push – Mazda even labels the 5 a 6+1. But it’s simple to drive in town and parking is a fuss-free affair.

There are two engines available with the Mazda 5 – a petrol and a diesel. The 2.0-litre petrol produces 148bhp, but it lacks urgency at low revs. The 113bhp 1.6-litre diesel is quiet and smooth and packs a lot more punch than the petrol unit, despite producing less power, and it feels a lot quicker in the real world. Both engines come with a smooth-shifting six-speed manual gearbox, which – combined with the 5’s sharp steering – encourages you to make progress. And the Mazda’s driving dynamics impress. There’s lots of grip and minimal body roll, meaning the 5 glides through corners, while the ride is very comfortable. It’s not quite as refined as rivals like the newer Ford C-MAX, but all-in-all, the 5 is one of the most enjoyable cars to drive in its class.

This is where the Mazda 5 starts to struggle, as it lacks the kind of fuel saving kit that features on rivals like the Renault Grand Scenic and Vauxhall Zafira Tourer. The petrol engine averages around 40mpg and has CO2 emissions of 159g/km. The diesel model cuts this down to 138g/km and drops down two Road Tax bands as a result. It should also go 14 miles further on every gallon of fuel – although our road tests have found that in real-world driving, it can struggle to reach 40mpg. Insurance costs are reasonable though, and resale values are similar to those of its close rivals.

The design of the Mazda 5 was given a thorough overhaul in 2010 – and it looks much more purposeful and modern as a result. The most distinctive part of the design is the flowing creases that run across the door panels. According to Mazda, they are inspired by the ripples created by wind blowing across water, but they tend to disappear in most light conditions, taking away some of the 5’s sporty profile when they do. And when they are visible – although they help the Mazda stand out from the MPV crowd – they are unlikely to appeal to everyone. Elsewhere, the 5’s sporty looks are enhanced by a gaping grille inspired by the front end of the firm’s 3 hatchback. While Mazda’s designers have done an excellent job integrating the mechanism for the sliding rear doors into the body work. There is only one version of the 5 available at the moment – the Venture Edition – which gets a roof spoiler, body coloured side-skirts and 16-inch alloy wheels. Equipment levels are very high and the simple cabin design is easy to use. However, the interior also feels quite dated. There are hard, shiny black plastics everywhere. But while the materials may lag some way behind some rivals, the build quality is pleasingly robust and the seats are very comfortable.

The Mazda 5 was one of the first MPVs to use sliding rear doors, and they are still a big boost to practicality. You can open them easily in tightly packed car parks, and they give great access to the middle and rearmost seats. The middle row seats slide independently, and the middle chair can be removed to make a handy walkway through to the back row, or the centre sat can be replaced by a big storage bin that fold out of the side seat. Fold all the seats away and boot space is average rather than class leading. With only the driver and one passenger there’s 1,566-litres of room, and that space shrinks to 426 litres with five seats in place.

There should be no question of the Mazda’s mechanical reliability, as the company has a well deserved reputation for building trouble free cars, and the engines have all proved themselves in other models in the range. The bodyshell of the new model is stronger than on the previous version – which received the maximum five-star Euro NCAP rating. Traction control and a full complement of airbags are standard fit. 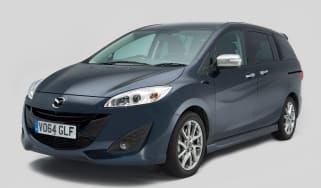 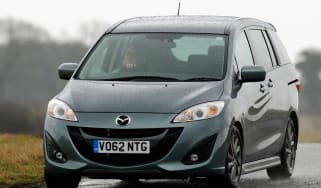 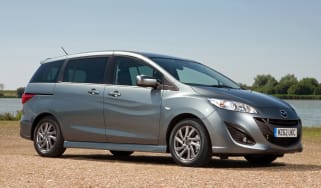 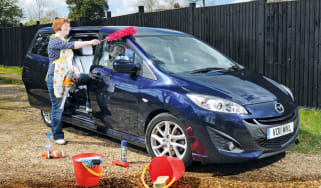 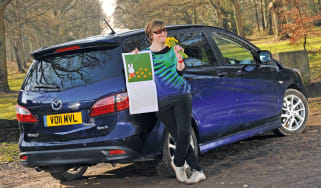 Spring has sprung, and our Mazda 5 is set to blossom after a tough winter
Mazda 5: Fourth report 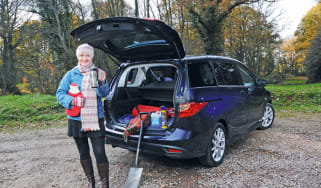 Winter is here – and our MPV is prepared for anything
Mazda 5: Third report 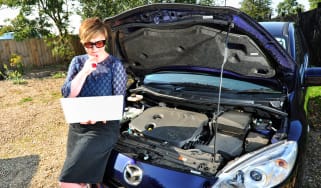 After grinding to a halt, our MPV was sparked back to life with a simple reboot
Mazda 5: Second report 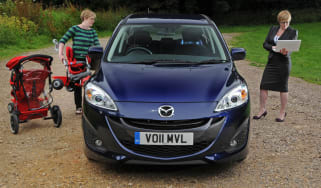 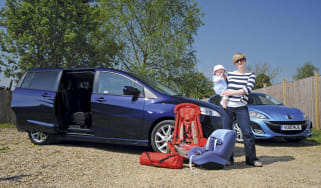 A growing family needs a bigger car. So after a 2 supermini and 3 hatch, the 5 MPV is the next Mazda for us to test!
New Mazda 5 vs rivals 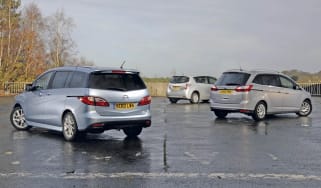 Latest MPVs offer more for the money than ever – but can Mazda’s new 5 beat seven-seat rivals from Ford and Toyota?
Mazda 5 1.6D 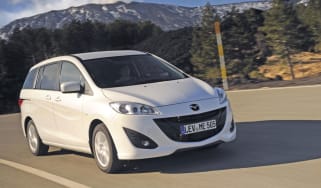 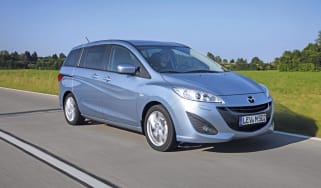 Japanese MPV gets a facelift, too. But what’s it like on road?
Mazda5 2.0 DISI 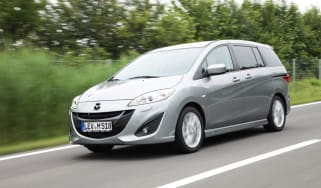 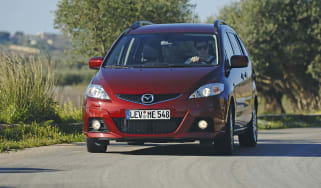 The facelifted Japanese MPV has the stylish Ford S-MAX firmly in its sights.
Mazda 5 (2005-2010) review 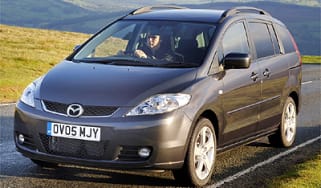 Good value, practical and decent behind the wheel. For families looking to get the most out of their car, Mazda's compact MPV is it.
Skip to HeaderSkip to Content