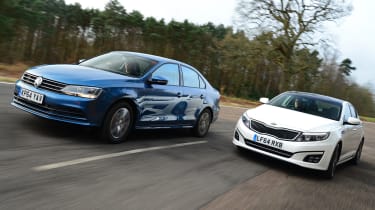 Saloon cars sales used to be big business in the UK, but over the past three decades buyers have instead turned to the versatility of a hatchback, or if they want more room, an MPV or an estate.

However, in other markets, saloons still sell like hot cakes, and one of the mainstays of the sector globally is the Volkswagen Jetta. The current car was launched in 2010, but with the rest of the VW range getting an update, the company has decided to give its four-door a bit of a spruce-up, too, in the shape of new lights and cleaner engines.

The Jetta is far from the only choice in the class, though. For this test, we’ve lined up another saloon that’s proved more popular overseas than it has in the UK – the Kia Optima. Like the Jetta, it delivers plenty of room, and is competitively priced, too.

For this test, we’ve lined up diesel auto versions of each to see which is the most attractive small saloon on the market.

Follow the links above to read individual reviews, and scroll down to find out which saloon comes out on top... 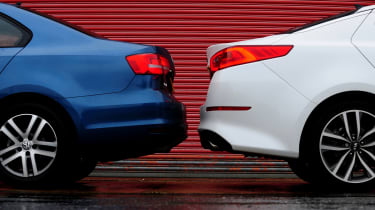 While these two cars share a saloon bodystyle, they couldn’t be any more different in terms of looks. The Jetta is upright and restrained, while the Optima’s swooping roofline and rakish rear end give it the look of a coupé in comparison.

But the Kia’s style doesn’t come at the expense of space, because the car’s larger size means it has more interior room than the Jetta, while boot space is similar, too. 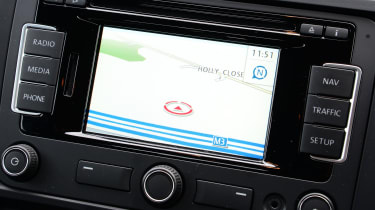 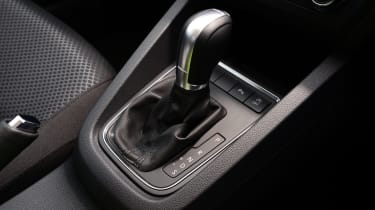 Both cars are available in manual or auto forms. The Jetta’s DSG box costs £1,425 extra and raises CO2 emissions to 120g/km. The manual Optima starts out at 128g/km, so is already dirtier than the Jetta DSG, but add the auto for £1,555, and emissions take a pounding, rising to 158g/km. 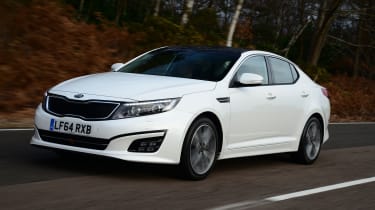 A combination of comfort, space and style secures the Optima victory here. Sure, it’s not the cheapest car to run – we’d choose the manual to cut costs – but it makes up for that with a generous standard kit tally that makes the Jetta seem spartan in comparison. Add head-turning looks, the ability to carry five passengers in comfort and a refined diesel, albeit one that needs more power, and the Kia’s a winner. 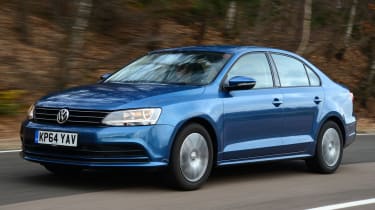 Like other facelifted models in the VW range, the updated Jetta has been given the bare minimum of tweaks, but really needed to be updated to current Golf Mk7 standards to be competitive. It does deliver better running costs than the Kia, but the Jetta’s key selling point – its vast boot – is no more practical than the Optima’s load bay, and the distinct lack of kit makes the VW look poor value, too.