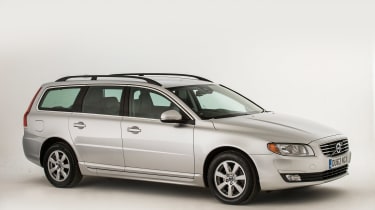 Before you dismiss the V70 because it’s not German, take a closer look and you’ll find this is a car which is more than a match for its prestigious rivals, thanks to unrivalled comfort levels, practicality and safety. While some large estates are more fun to drive, the Volvo is no duffer dynamically. What really clinches it, though, is the value on offer – Volvo has never been afraid to be generous with standard equipment. But while these cars aren’t peanuts to buy or run, the Volvo’s obvious rivals tend to hold their value a bit better which is why you’re likely to get more for your money if you go down the Swedish route.

Volvo has decades of load-lugging experience under its belt, right back to the early fifties, when its famous Duett was launched. And for years, the company’s biggest estate, the V70, has been the transport of choice for large families.

It’s one of the most practical cars on the road, as well as one of the safest, while Volvo also produces some of the comfiest cars around. So if you regularly drive long distances or suffer from back issues, a V70 might be just the car for you.

While potential buyers are put off by the brand’s stodgy image, take a closer look and you might be in for a pleasant surprise.

The Volvo V70 has been on sale since 1996, and went through three generations. It was replaced by the V90 in 2016, however we’re focusing on the final Mk3 V70 in this review. 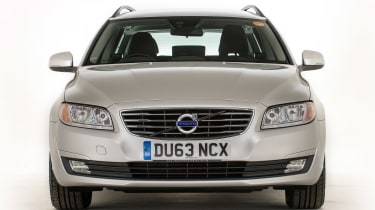 The 1.6D engine in the DRIVe isn’t quick, but it’s perfectly adequate most of the time. Fuel consumption will be crippling if you buy a petrol-powered V70 for towing; the diesels are ideal for pulling caravans or trailers, especially the smooth D5 unit. If you are going to use it to tow, buy an AWD (All-Wheel Drive) variant for better traction.

For the best dynamics, find a V70 with the Four-C adjustable chassis (optional on SE and SE Lux models) so you can set it to suit your needs. Or go for an R-Design edition, with its lowered, sportier chassis. 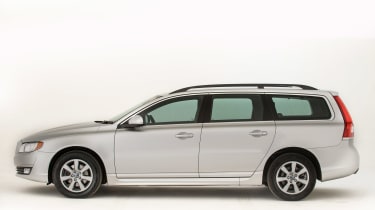 Standard kit has changed over the years, but all cars get alloy wheels, a hi-fi with eight speakers, air-con and electric windows.

Alternatives to the Volvo V70 Mk3

The V70’s key rivals are Audi’s A6, BMW’s 5-Series and the Mercedes E-Class. The Audi is the only rival with four-wheel drive, but for luggage space, the Mercedes takes top honours – it is the costliest to buy, though.

The BMW is best dynamically, but it has the smallest load bay; all three offer great build quality and excellent engines. The Jaguar XF Sportbrake is stylish and reliable, but it didn’t arrive until late 2012.

If you’re on a tight budget, the Ford Mondeo and Mazda 6 are worth a look; they’re spacious, good to drive, reliable and plentiful, too. Don’t overlook the Skoda Superb, either; owners love them for their blend of reliability, practicality and value.

The electrical system is pretty robust, but you need to check everything anyway. Most problematic is the alarm system as the sensors can sometimes play up. 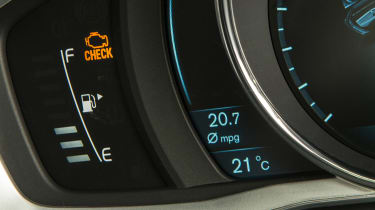 The V70 is a big car and relaxed gearing helps fuel consumption. But many owners struggle to get anywhere near the official figures.

The 4WD D5 engine is great to use, but it can suffer from snapped timing and auxiliary belts. If this occurs, it can wreck the engine.

Make sure that there’s plenty of tread left on the tyres, as a V70 can wear its rubber out quickly and replacement tyres tend to be very costly.

As one of the most spacious family cars you can buy, there’s masses of head and legroom for four adults. The dash can be confusing to start with, but works well once you’re used to it. The trump card is the carrying capacity, though. 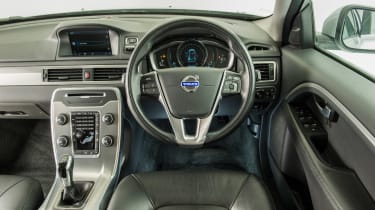 Fresh brake fluid and coolant are needed every two years (£78 and £125 respectively), while the air-con should be checked every service; if it needs recharging, expect to pay £100. If your V70 is under four years old, you can pay for servicing on a monthly payment plan; see volvocars.co.uk/serviceplans for more.

Despite Volvo’s status as a premium car maker, the current V70 has been the subject of an unbelievable 34 recalls so far – the most we’ve ever encountered for a single model. Problems range from airbags not deploying correctly, to the possibility of electrical short circuits, leading to a fire. Other glitches include electrical failures, the engine losing power, the transmission jamming and even the wheels working loose. Many of the recalls affected just a handful of cars however.

The V70 failed to make the top 150 in our 2016 Driver Power owner survey, but it came 89th in in 2015. Seventh for seat comfort and eighth for practicality aren’t surprising, while 36th and 73rd for build quality and reliability aren’t bad, either. But 151st for running costs is a concern.