The Alpine A110 is the 2020 Auto Express Coupe of the Year, with the Mercedes E-Class Coupe and Porsche 718 Cayman commended 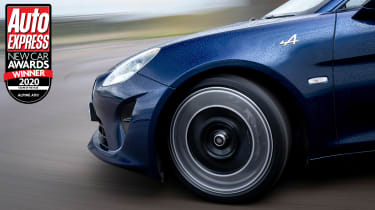 There have been new arrivals in this sector, with Porsche’s 718 Cayman GTS 4.0 and the BMW M2 CS both making waves. However, for us, it’s still the Alpine A110 that rules the roost overall.

The standard car is fantastic, but the A110 S offers more power, performance and focus. Both are brilliant and give sensations that many of their rivals don’t.

Essentially, the Alpine is a subtle car, not one you muscle around; its steering is light but full of life, and the chassis is compliant. It weighs just 1,098kg in its lightest trim, so the A110 doesn’t need to be stiffly sprung and heavily damped. It breathes with the road rather than bullying it into submission, and there’s surprising comfort to go with superb body control.

Low weight really is key to the car because it gives it a huge level of agility, with all of the main masses low down and towards the centre of the chassis. 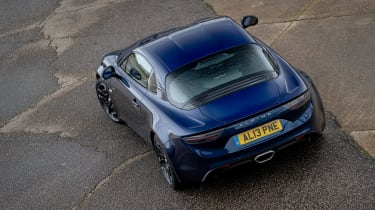 The exhaust has been tuned to deliver personality too, gargling at idle and barking under load, with lots of turbo hiss; and the weight also means that, given its performance, the Alpine is surprisingly efficient.

It feels special, too. The car’s aluminium chassis is bespoke, while the compact two-seat cabin is relatively well trimmed and gives a genuinely sporty feel, with its low-slung driving position.

Delicacy and feel define this car. When its rivals are all getting larger, heavier and more powerful to compensate, Alpine’s resurrection with this unique approach, and the stunning styling – which gives a referential nod to cars from the sixties but still looks superbly modern – mean the A110 is as good as coupés come.

Purity in the driving experience is at the heart of the A110, so it makes sense to go for the most affordable Pure model. It gets enough kit, but the focus here is on what the Alpine delivers on the move. Drive the car how it wants to be driven and the A110’s merits will instantly reveal themselves. The balance is beautiful. 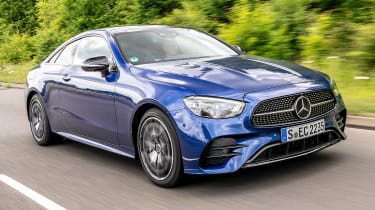 A similar set of updates to the E-Class Coupé as to its saloon sibling mean Mercedes’ big two-door offers something few other large coupés do. The ride and technology are great, there’s space for four, and the wide range of engines gives potential buyers lots of choice. 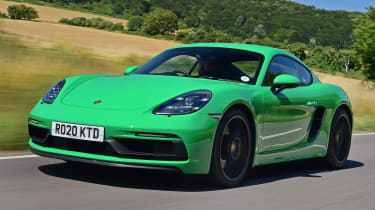 Adding the GT4 and 4.0 GTS models to the line-up – which saw the return of naturally aspirated flat-six engines – means Porsche’s mid-engined maestro is now more appealing than ever. The four-cylinder cars are still good, but the new six-cylinder models are great.