Bentley is aiming to build upon record sales and the burgeoning success of its Bentayga SUV with this all-new, third-generation Bentley Continental GT sports tourer, which has been unveiled for its public debut at the 2017 Frankfurt Motor Show.

The newcomer’s front-end styling incorporates elements seen on Bentley’s EXP 10 Speed 6 sports car concept. Meanwhile, the rear retains the Conti’s ‘haunch’ over the wheels, but the tail-lights and hatch have a neater, more resolved look.

The model now sits on the VW Group’s latest MSB platform, so it shares some components with Porsche’s recently launched new Panamera. It also boasts 48V electrics to help power the active anti-roll bars. This technology, called Bentley Dynamic Ride, is part of a concerted engineering effort to make the latest Conti as much of a sports car as it is a grand tourer, giving it handling agility alongside long-distance cruising prowess. 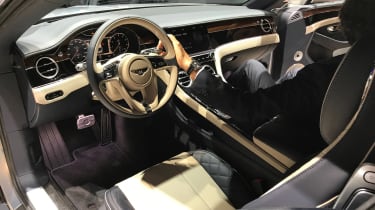 While the car is essentially the same length as previously, its wheelbase has been stretched in bid to shorten the overhangs and improve cabin packaging. It also gets new air suspension, which has 60 per cent more air volume than before.

The W12 now has cylinder-deactivation tech (which earns it the TSI badge), and this, along with the switch to a dual-clutch transmission from the old torque-converter automatic, plus a part-time four-wheel-drive system, helps to slash CO2 emissions by 16 per cent, to around 278g/km. Bentley claims the car can now travel for more than 500 miles on a single tank of petrol.

Other powerplants will follow – notably a V8 petrol, also with cylinder deactivation. And there’s likely to be a hybrid, too, although senior sources say Bentley faces a challenge to introduce electrification to the car without altering its character too much.

A 12.3-inch ‘retina-quality’ display is the cabin’s technological centrepiece. When the Continental GT is switched off, the facia looks like a single, flush piece of wood veneer. Fire up the ignition, and the screen rotates to show the infotainment system. 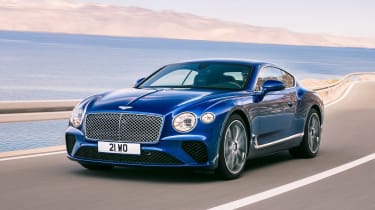 However, the set-up is actually a three-sided display that can rotate again to show a trio of analogue instrument dials – a chronometer, outside air temperature and a compass. The rotating screen has 40 moving components, uses two separate motors – each with its own gearbox – and adapts to temperature and atmospheric pressure.

Elsewhere in the cabin there’s greater scope than ever before for customisation, with a wider range of veneers and a new Côtes de Genève turned metal finish. Owners can also pair selected colours on the dash for a contrast effect. There’s a wider range of hide, too, with 15 finishes to choose from.

The new Continental is already available to order, and while prices have yet to be confirmed, dealers have taken deposits from early customers. The first W12 examples aren’t expected to arrive on driveways until the first quarter of 2018.

What do you think of the new Bentley Continental GT? Let us know below... 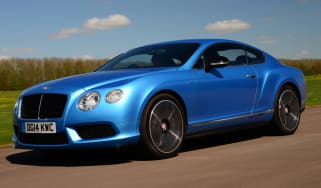