With its smart design and sublime handling, the BMW 3 Series Coupe still sets the pace for rivals 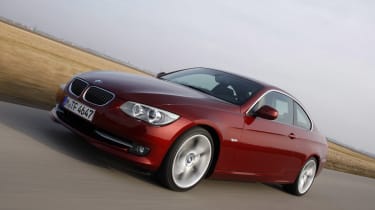 BMW launched a brand new 3 Series saloon early in 2012, but the 3 Series Coupe is still based on the older-generation car. That's not to say that BMW has ignored the car completely, and it last updated the 3 Series Coupe in 2010 to see off competition from the Audi A5. The best bits about the 3 Series include the sharp looks, build quality and handling. However, inside it also impresses, thanks to that fact that it’s nearly as spacious as the 3 Series saloon - just don't forget that this is a strict four-seater. There are plenty of engines to choose between, and a wide range of different trims. The line-up's top seller is the powerful and economical 320d, which happens to be our favourite too.

The ride is firm, but the steering is pin-sharp and full of feel. It's worth pointing out that the BMW 3 Series Coupe’s closest rivals, the Mercedes C-Class Coupe and the Audi A5, are both newer and more practical, but neither is quite as much fun to drive. What's more, BMW’s trademarked traction control system, or DSC as it’s known, is very effective but can be manually switched off for those looking to explore the limits of the car’s handling. Petrol engines - particularly the turbocharged six-cylinder 3.0-litre unit in the 335i - rev cleanly and offer lots of power, but it's the diesels that offer the most impressive performance. Star of the show is the 335d, which will sprint from 0-60mph in 5.9 seconds.

The BMW 3 Series Coupe offers good value for money. Diesels are a particularly sensible choice, as they offer strong residuals and impressive economy. The base 320d boasts small car economy with strong acceleration - and emits CO2 at such a low level that the manual gearbox version avoids first-year ‘showroom tax’ completely, while sitting in one of the lowest annual tax bands. Main dealer servicing isn't cheap, but helps protect resale values. BMWs's Service Inclusive package covers all maintenance for a fixed fee. Prices vary by model, but start at £350 for the 3 Series.

The BMW 3 Series Coupe is still a sharp looker. A facelift in 2010 helped update the design, and there's no doubt it's timeless, as the bodywork looks svelte and stylish from almost any angle. It's well finished inside, too, with a classy black leather-effect trim on the dash, and fine fabrics for the seats and doors.

Inside, a low-set driving position offers lots of support and plenty of adjustment, and there are plenty of storage bins around the cabin. That means the 3 Series Coupe is surprisingly practical, and it offers nearly as much room as the saloon, although the two individual rear seats and belts mean this coupe is a strict four-seater. The boot is generously sized, but its high loading lip can make it difficult to access.

BMW’s 3 Series is one of the best-selling cars in the UK. But despite the volume of models on the road, you rarely hear complaints about reliability. Electrical niggles aren’t unknown, though - particularly with the ‘iDrive’ infotainment system - but there have been no major issues, even with this. Cars get front, side and rear airbags, as well as standard-fit traction control. 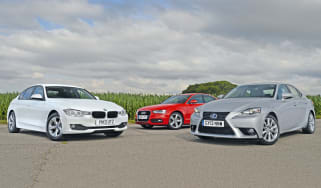 Can the sixth-generation BMW 3 Series compete with rivals, the Audi A4 and the Lexus IS 300h?
Audi RS5 vs. BMW M3 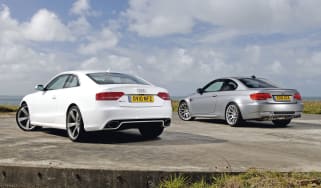 Get ready for a thunderous clash of the titans as Audi’s new RS5 aims to blow away BMW’s M3 Competition Pack firebreather!
BMW M3 Edition 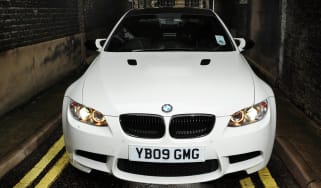