Love or loathe the BMW X6, there’s no doubt that it’s a luxurious, impressive performer 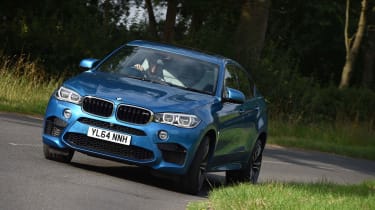 The BMW X6 is a large luxury SUV that's based on the X5, although the main difference between the two is that the X6 gets a more rakish, but less practical, coupe body.

It lacks the space of the X5, but the X6 certainly stands out in a crowd. It also has a range of extremely powerful engines, so even the basic models are fast. It’s very composed at speed, and is a lot more agile than a car of its size and shape should be.

The X6 is expensive to buy and run, but it has heaps of equipment and a luxurious interior. The latest version is also roomier and more efficient than the model it replaced, although it's still behind most other big SUVs in this area, inlcuding the cheaper but mechanically identical X5.

It's fair to say that the BMW X6 is one of the most controversial cars for sale today. With a steep asking price and less practicality than SUV buyers are used to, it demands some serious compromises, and for some it doesn't really live up to the sport part of the SUV initials, either.

Under the skin, the X6 is largely identical to the X5, while BMW itself brands it as a Sports Activity Vehicle (SAC) rather than an SUV, trying to reflect its sportier nature and compromised shape. It only comes in higher spec M Sport trims, too, while rapid X6M and M50d models have appeared in the line-up, too.

• Best SUVs and crossovers on sale

Being such a niche model, rivals for the X6 are thin on the ground, but they still exist. The most direct one is the Mercedes GLE Coupe, while the Audi Q8 is also available and Porsche is now selling a Cayenne Coupe, so maybe BMW was on to something with the X6. Other models that could be considered include sporty versions of the Range Rover Sport, Maserati Levante, the Jeep Grand Cherokee with HEMI V8 power and even the Tesla Model X. 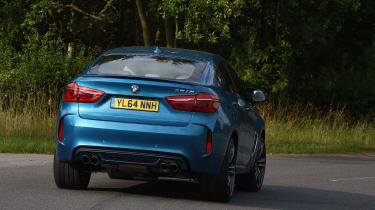 As already mentioned, the X6 comes in sportier trim levels than the X5, with M Sport models being the only spec offered with the xDrive30d and xDrive40d engines, both of which are 3.0-litre straight-six units with twin turbochargers. There's also the M50d, which is a separate model in its own right, but still gets straight-six twin-turbo diesel power. The X6M was also offered, which featured the 4.4-litre V8 turbo petrol from the M5 saloon which we have covered here, too. All cars are four-wheel drive with BMW's great 8-speed auto gearbox fitted as standard. 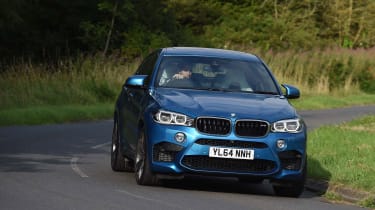 Prices are weighty, starting at around £63,000, which is a couple of thousand pounds more than the equivalent X5, although that car has recently been updated. The top-spec M50d is around £74,000 and has high running costs to go with it. But for some buyers, the sheer presence of the X6 is enough for them to accept the compromises its coupe body and tall ride height produce.