The best and worst cars of the 2018 Beijing Motor Show

The Beijing Motor Show is growing in prominence and 2018 brought some key car launches as well as some odd ones... 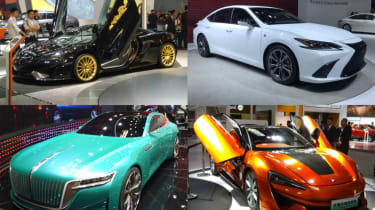 The Beijing Motor Show is unequivocally Chinese. It has a mix of luxury, technology and crazy – sometimes all wrapped into one car. Fortunately, the 2018 show has been no exception, which is why we thought it best to round up the highlights from Beijing into one bite size package.

The Chinese car market is one of the biggest in the world, which means car manufacturers are keen to capitalise on its huge potential. Mercedes used the show to reveal its new luxury SUV concept – along with its first ever four-door A Class. And on top of this, models exclusive to the Chinese market were announced by both Nissan and Skoda. 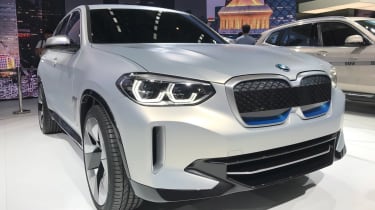 This is the BMW iX3, an electric SUV that signals the next step in BMW’s electrification plans. While it is a fully-fledged ‘i’ car, it is the first of the breed to be based on an existing BMW model – in this case, the X3. For its arrival in 2020, it is promising a range of 249 miles and the potential to use 150kW charging. As BMW has trademarked every model name from iX1 to iX9, there could be a lot more where the iX3 came from. 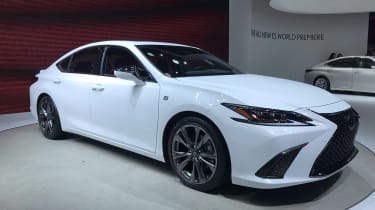 For the first time, the Lexus ES will be sold in the UK. It replaces the GS executive saloon and will arrive early in 2019 ready to take on the BMW 5 Series and Mercedes E-Class. Unlike its German rivals it will be offered in front wheel drive guise and is expected to cost from around £37,000. The model offered from launch is the ES 300h, which comes with a 2.5-litre four-cylinder engine and an electric motor which produce 215bhp combined. 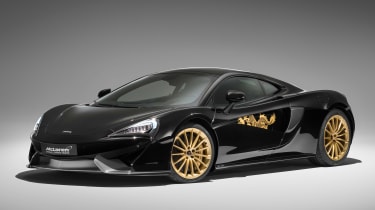 McLaren’s Special Operations division has teamed up with Chinese fashion house Mr. Cabbeen to produce a limited-run of five 570GTs.

Aptly named the 570GT Cabbean Collection, there are no mechanical differences on this model compared to the standard car, however, gold dragons are found both inside and outside the mid-engined supercar. There has been no confirmation on price, but with reasonably well specified 570GTs costing around £150,000, don’t expect it to be cheap. 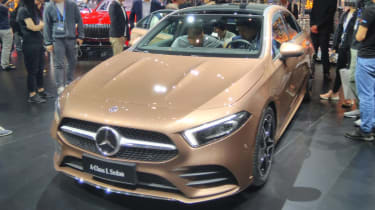 Mercedes chose the Beijing Motor Show to show off its new A-Class saloon in long wheelbase guise. In standard length form the 4-door cars is set to challenge the Audi A3 saloon in Europe and features the firm’s latest MBUX infotainment system – which is more advanced than that of any hatchback currently on sale. Initially, there will be a mixture of petrol and diesels on offer, with a 221bhp 2.0-litre turbo petrol sitting at the top of the range. 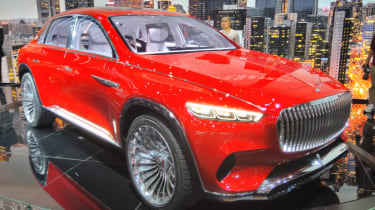 Like it or loathe it, this is the latest concept from Mercedes-Maybach. It previews an ultra-luxury SUV which will go into production with a V8 and be based on the same platform as the next-generation Mercedes GLS. While it is not known how much of the design will be carried over to the production car, Mercedes’ chief engineer for Maybach and Special Vehicles, said the SUV will also “borrow some elements from the Beijing concept”. 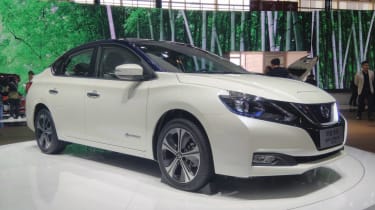 Nissan revealed the Sylphy EV in Beijing, however, it is exclusively for the Chinese market. It is based on the Mk2 Leaf, meaning it will more than likely come with the same 40kWh battery pack and quoted 210-mile range. It is due to launch later this year and represents one of 20 new electrified models set to come from Nissan in the next few years. 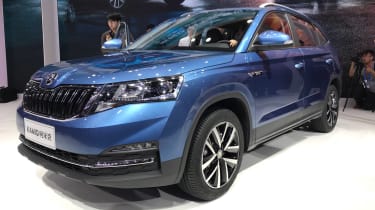 Similar to the Nissan above, the new Skoda Kamiq is destined to only be sold in China. It sits below both the Kodiaq and Karoq, lowering the entry point into the marque’s SUV range. Under the bonnet there is a 1.5-litre petrol engine which produces 109bhp and 150Nm of torque. 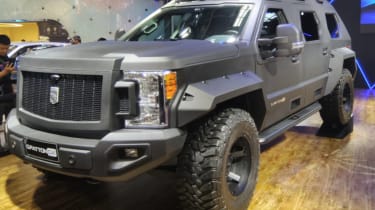 This is the quiet and unassuming G.Patton SUV from U.S Speciality Vehicles (USSV). Named after WWII general George Patton, it’s a vast 4x4 with pronounced military overtones and a 6.8-litre V10 engine that turns out a surprisingly modest 310bhp. 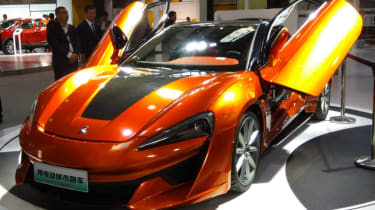 First things first, the KDC Regola looks a lot like a knock-off McLaren. With its familiar front end, dihedral doors and sharp orange paint work, one could be forgiven for thinking it originated from Woking. Unlike McLarens though, it is completely electric but there are no official plans to put the car into production. 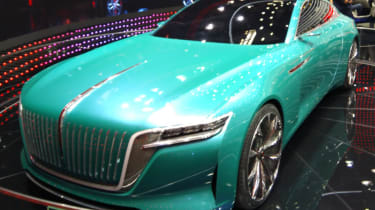 China automotive giant FAW is responsible for this luxury electric concept. With styling that seems to borrow from the Vision Mercedes-Maybach 6, the sleek two-door EV was displayed in Kanas Green and is designed to appeal to the more wealthy motorists. Specific details are yet to be released. 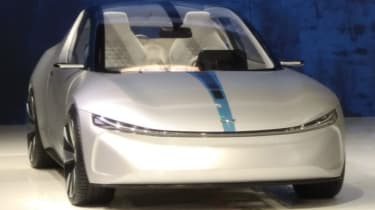 This is the Qiantu K20, a delightful little two-seat EV. The Chinese marque is yet to reveal performance stats, but with its large glass roof, smooth lines and thin headlights, its styling gives it a modern look.

Can't get enough motor show action? Then take a look at our 2018 Geneva Motor Show round-up.