The vast GLS delivers unbeatable practicality and wonderful refinement, but lacks the S-Class’s sense of occasion 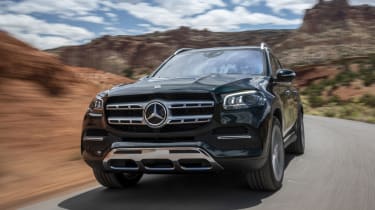 The Mercedes GLS takes a huge leap on from its predecessor, boasting superb comfort and refinement while offering more space than nearly anything else for the money. Its diesel engine is smooth, powerful and quiet, delivering fuel economy which – though not great – is acceptable for this sort of car. We think E-Active Body Control is a must-have option to allow the GLS to operate at its best – the ride quality is sublime.

It’s not quite as special to drive or travel in as the similarly priced Mercedes S-Class, however – the dash looks too much like the cheaper GLE’s and refinement isn’t quite on the same level. It’s also huge; potentially too big for most UK roads and definitely for the city roads most will inevitably frequent. These nit-picks aside, the GLS is a great car overall.

On its launch, Mercedes dubbed its GLS as ‘the S-Class of SUVs’. That’s a tough billing to live up to, especially when you consider the peerless reputation of the brand’s most luxurious saloon. 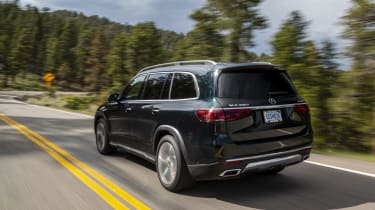 It’s made an even tougher task given the broad spread of abilities the GLS needs to cover. This is a car which needs to not only carry as many as seven adults in the sort of luxury that S-Class passengers would expect, but also give a decent account of itself off road – whether drivers ever bother to take it there or not.

The GLS follows on from the previous model (which before a renaming strategy in 2016 was simply known as the GL), but this is possibly the closest to S-Class-on-stilts travel yet. It also sits at the top of a huge Mercedes SUV family, which kicks off with the GLA and climbs through to the GLB, GLC and GLE (the latter two are also available in sleeker ‘Coupe’ model lines), plus the iconic G-Class and all-electric EQC.

While the previous GLS platform could be followed all the way back to 2005 and the M-Class SUV, the current model shares it underpinnings with the latest GLE. With a structure that’s both lighter and more rigid than before, it helps Mercedes to deliver superb refinement. It also enables the brand to install the latest and fanciest version of its MBUX infotainment system, plus a host of advanced safety tech.

There’s only one standard engine: a 3.0-litre V6 diesel matched to a nine-speed automatic gearbox. However, for those in need of more power there's the Mercedes-AMG GLS 63 4MATIC+, which employs a 4.0-litre V8 engine to deliver 603bhp. It's available in Night Edition or Night Edition Executive trim.

There’s one car that Mercedes has clearly pitched itself towards: the BMW X7, another imposing SUV that delivers space and refinement for up to seven people. The Range Rover Sport is also similarly matched on price, but it can’t compete with the Merc’s rear seat space. Above the GLS price-wise – but unable to match its seating count – are the Bentley Bentayga and the Rolls Royce Cullinan.

When it comes to seven-seat luxury SUVs, the Mercedes GLS is the biggest – but does that make it the best? We compare it with the Audi Q7
New Mercedes GLS 2019 review 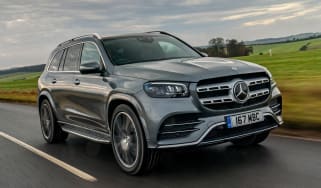 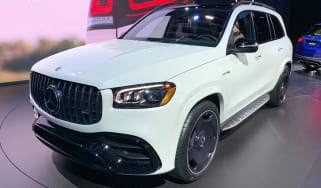 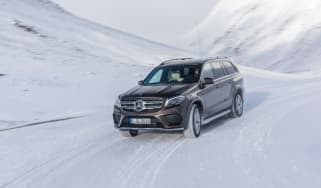 A huge cabin and pillowy ride are the highlights of this car, but a dated dash and high price dent the appeal
New 2019 Mercedes GLS: flagship SUV revealed in New York 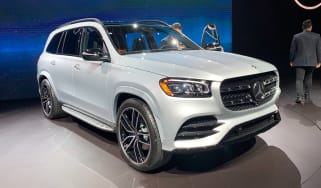 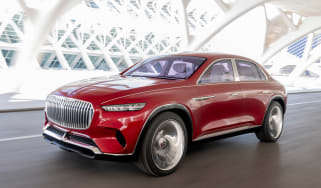 We get behind the wheel of the all-electric Mercedes-Maybach Ultimate Luxury concept for an exclusive drive
New 2019 Mercedes GLS: seven-seat SUV spied winter testing 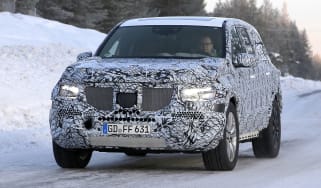 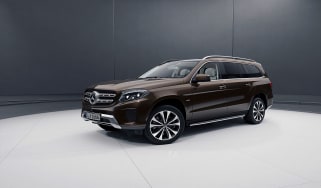 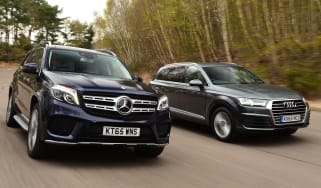 Mercedes has rebranded its biggest seven-seater SUV to take on a new breed of luxury SUVs, but can it beat Audi's Q7?
New Mercedes GLS 2016 review 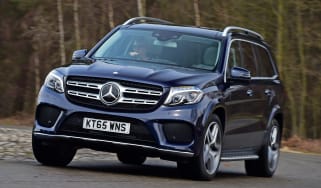 Can a new name and look turn the old GL into the S-Class of SUVs? We drive the new Mercedes GLS SUV in the UK
Skip to HeaderSkip to Content