Thousands of tests cancelled as examiners walk out for 48 hours in protest against hours, workload and new test changes 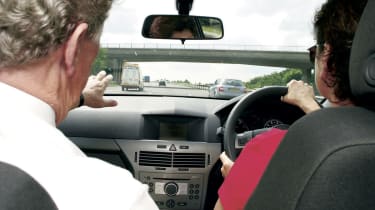 Thousands of driving tests around the country are set to be cancelled as examiners strike in protest at changes to their working practices.

The strikes come on the same day changes to the driving test are introduced. One of these sees candidates asked to pull up on the right-hand side of the road and reverse, a manoeuvre examiners have previously said goes against the Highway Code.

Changes to the UK driving test came into force on 4 December with candidates having to use a sat nav to find their way around the driving test route.

The independent driving section of the test has doubled from 10 to 20 minutes, too, and manoeuvres like reversing round a corner are to be replaced by real-life scenarios such as bay parking.

• Practical driving test: how to pass

As part of reforms to the testing process, one of two vehicle safety questions - such as how to operate the heated rear windscreen - will be asked at the start of the test, with another to follow during the test itself.

2. Following sat nav directions. The examiner will provide and set up the sat nav (a TomTom Start 52), and candidates must follow its directions. You can ask the examiner for confirmation of where the sat nav is directing you, and won’t be penalised for going to wrong way – unless you make a fault when doing so.

3. New reversing manoeuvres. Reversing around a corner and turning in the road will no longer make up part of the test. Instead, you’ll be asked to either park in a bay, parallel park on the side of the road or pull up on the right-hand side of the road, reverse two car lengths and then rejoin traffic.

4. Answer a vehicle safety question when you’re driving. The ‘show me, tell me’ questions were already part of the test, but rather than being asked both these at the start of the test with the car switched off, you’ll have to answer one of these – the ‘show me’ question - when driving. You might, for example, be asked to show how to operate the windscreen wipers.

The introduction of the sat nav element follows a consultation by the Driver and Vehicle Standards Agency (DVSA) that found half of drivers have one in the car, and that 70 per cent thought the new 2017 reforms would be a good idea.

The new manoeuvres in the test will allow candidates to be assessed on busier, higher-risk roads rather than the low risk areas like housing estates that are currently used both for learning to drive and for taking the practical driving test itself.

When the new test rules were announced, the then transport minister Andrew Jones said: "These changes announced today will help reduce the number of people killed or injured on our roads and equip new drivers with the skills they need to use our roads safely.

“Ensuring the driving test is relevant in the 21st century – for example, the introduction of sat navs, will go a long way towards doing this.” 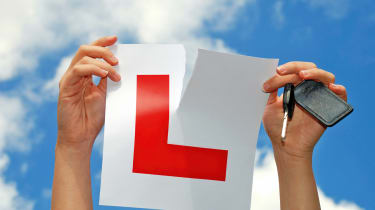 Driving examiners who are members of the Public and Commercial Services (PCS) union are staging a 48-hour walkout from 4 December in protest against the changes, in a move that has put thousands of driving tests at risk of cancellation.

Examiners voted 84 per cent in favour of the strike, and downed keys on 4 December – the day the new rules come in.

Examiners say one of the new changes – which will see candidates required to pull up on the right-hand side of the road and reverse two car lengths - contravenes the Highway Code and puts safety at risk. Union officials also announced examiners would refuse overtime and work to rule from 23 November.

PCS general secretary, Mark Serwotka, said: union members consider the changes "unacceptable". He added at the time plans to strike were announced: "Ministers can avoid this strike action by instructing their officials in the Driver and Vehicle Standards Agency to scrap the plans and re-enter serious negotiations with PCS.”

Responding to news of the strike the DVSA's chief executive, Gareth Llewellyn, said: “The fact PCS is trying to undermine the launch of the new test by calling for strike action shows a shameful disregard for both road safety and learner drivers.” Mr Llewellyn added the new driving test had been designed to help new drivers through a “lifetime of safe driving” and the changes had been “welcomed by most examiners, road safety experts, disability groups and instructors”.

Mr Llewellyn also gave details of the DVSA’s negotiations with the PCS union, saying: “I met with PCS on 2nd November and they turned down my offer of mediation, although our offer still stands. This means that we cannot move forward together to resolve this dispute, for the sake of our staff and customers.”

These are the first phase of reforms to make the driving test more relevant to the real-world. In the future we could also see learner drivers allowed to practice on motorways when accompanied by an approved instructor in a car fitted with dual controls, while autonomous car technology elements could also be introduced into the test.

A voluntary electronic logbook for learners to track progress will be set up, too, the aim being to try and ensure people only take the test when they’re ready - part of the Government’s push to raise the first time pass rate. Research will also be done into how financial incentives might contribute to persuading learners to practice more.

There will be a voluntary scheme for ADIs to publish pass rates of pupils, too, so learners can base their choice of instructor on statistics rather than word of mouth. More tests slots will be made available outside of the general weekday hours and test centres will have their routes reviewed, too.

DVSA chief executive Gareth Llewellyn added: "Making sure the driving test better assesses a driver’s ability to drive safely and independently is part of our strategy to help you stay safe on Britain’s roads.

“It’s vital that the driving test keeps up to date with new vehicle technology and the areas where new drivers face the greatest risk once they’ve passed their test.”