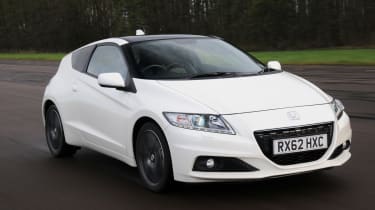 At its launch in 2010, the Volkswagen Scirocco rivalling Honda CR-Z was billed by Honda as a "sport hybrid coupe" as it combined a hybrid electric-petrol powertrain with traditional sports car elements such as a strictly 2+2 seating arrangement and a standard 6-speed manual gearbox.

Available only as a front-wheel drive, the hybrid Honda CR-Z is offered with only one choice of engine. It’s a 1.5-litre unit, which is assisted by a lithium-ion battery pack driving a 19bhp electric motor - the combined power of the two units is 135bhp.

It is, however, worth noting that Honda CR-Z models produced before the end of 2012 have less power, and use a less sophisticated nickel metal-hybrid battery pack instead of the lithium cells in the current model.

The Honda CR-Z GT builds on this by getting 17-inch alloy wheels, full leather interior and a panoramic glass sunroof as standard. Like the Sport-T car, the GT-T trim features sat-nav.

Despite being good to look at, nimble to drive and very unique, the Honda CR-Z is quite expensive - the Sport model starts at just over £21,000 while the GT costs almost £24,000. That places it up against some talented rivals.

Under the bonnet of the Honda CR-Z is a 1.5-litre VTEC engine which produces 119bhp. When combined with the 19bhp and extra torque from the electric motor, the Honda CR-Z will achieve 0-62mph in 9.0 seconds thanks to its combined 135bhp.

Those aren't figures to set the world alight, but the low-slung suspension and accurate steering of the Honda CR-Z make for entertaining handling. There are also three driving modes - Eco, Sport and Normal - with Sport offering sharper steering and an improved throttle response. 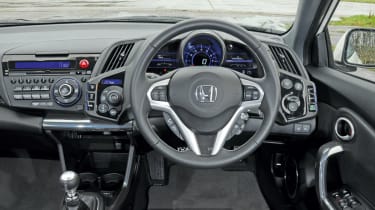 The low-set driving position in the Honda CR-Z feels sporty, and the quick-shifting six-speed manual gearbox adds to the driver appeal. However, the ride over broken surfaces is quite firm and combined with poor motorway refinement, the CR-Z isn’t a great cruiser. You can also feel the weight of the battery pack moving the car around and causing body roll if you start to drive it like a truly sporty coupe.

By sports coupe standards, the Honda CR-Z is pleasantly affordable to run. The hybrid powertrain helps the Sport version to CO2 emissions of only 116g/km of CO2 with combined fuel economy of 53.5mpg. Larger wheels see the GT version return 54.3mpg with CO2 emissions of 122g/km.

These figures may not beat the best diesels around - the Volkswagen Scirocco diesel included - but they're still competitive for a car with sporty credentials and happily, fuel bills should be kept to a minimum. Expect fuel returns of around 48mpg in everyday driving and less if you avoid the motorway.

The CR-Z comes equipped with stop-start as standard helping to save even more fuel and it qualifies for free road tax in the first year of ownership, too. However Honda are not the cheapest brand when it comes to servicing or long warranties.

The smart looking Honda CR-Z takes its styling cues from the cult Honda CR-X coupe of the 1980s and with its LED running lights on the front bumper and sloping glass roof, it will definitely turn heads.

Each of the trim levels - Sport, Sport-T and GT - looks identical apart from larger alloy wheels on the top version. A facelift at the end of 2012 added some subtle styling updates including a new bumper and colours but you'd be hard pressed to tell the difference.

Inside, the centre console is angled towards the driver, and the dials light up with different colours depending on which driving mode you're in. However the plastics and switchgear are all borrowed from the Honda Insight hybrid and look and feel low-rent compared with rivals like the Volkswagen Scirocco.

The Honda CR-Z isn't practical, despite having four seats. There's plenty of room up front, but the rear seats are incredibly cramped and only really suitable for small children or dwarves.

In fact, most owners are likely to keep the seats folded flat as this sees boot space grow from a poor 225 litres to 401 litres, which isn’t bad for a car with a battery pack under its boot floor.

The rear spoiler doesn't help rear visability as it cuts right across the rear screen. It obscures the view out of the back and creates big blind spots when joining a road.

There's no denying that the Honda CR-Z is underpinned by some seriously complex technology but the good news is that it's unlikely to encounter many mechanical problems.

The Honda CR-Z didn't rank in the top 150 cars for our 2014 Driver Power survey, and Honda didn't finish in the top 33 manufacturers. However, the battery technology is the same system used in the Honda Civic Hybrid, and that's experienced no problems since its release.

Safety is equally impressive and the CR-Z scored the maximum five stars in Euro NCAP crash tests, with a 93 per cent rating for adult occupant protection. Traction control, six airbags and emergency brake assist are all fitted as standard. 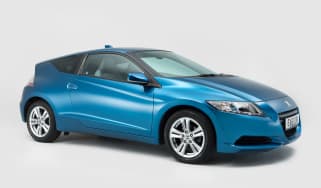 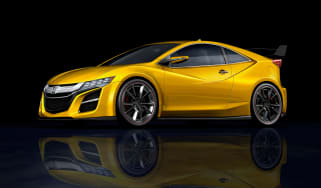 The Honda CR-Z coupe will return to Europe in 2017, with a more focused chassis and 2.0-litre turbo from Civic Type R
Honda CR-Z vs Renault Megane Coupe 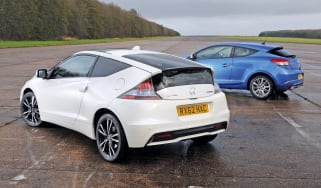 Can the facelifted Honda CR-Z really cut it as a sports car? We test it against the Renault Megane Coupe to find out
Honda CR-Z GT 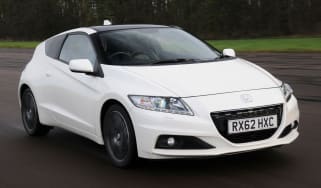 The Honda CR-Z has been facelifted to help the sporty hybrid deliver on the promise of its looks
Honda CR-Z: Fourth report 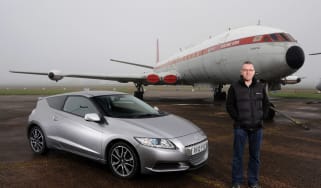 It’s not perfect, but like the classic Comet jet airliner, the Honda CR-Z points the way to the future
Honda CR-Z Mugen confirmed for the UK 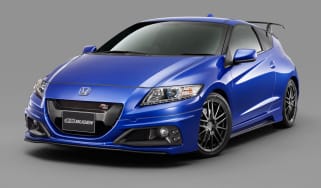 Honda confirms that the CR-Z Mugen will arrive in the UK within a year
Honda CR-Z: Third report 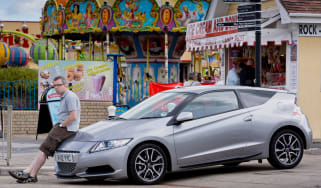 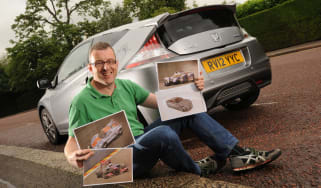 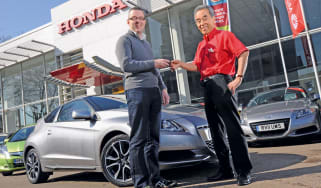 Can a petrol-electric coupe be truly sporty? Our senior road tester is about to find out...
Honda CR-Z Mugen 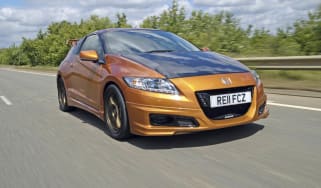 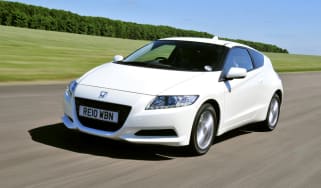 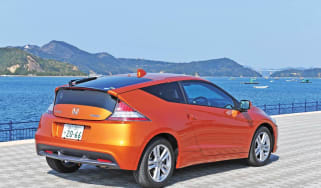