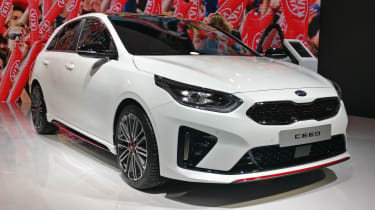 Prices for the all-new Kia Ceed GT have been announced, with the sporty 201bhp hatch set to cost from £25,535 when it goes on sale later this year.

The new Ceed GT is fitted with a 1.6-litre turbocharged four-cylinder, with 201bhp and 265Nm of torque; one hundred per cent of which is available between 1,500rpm and 4,000rpm. The engine sends its power through a six-speed manual gearbox to the front wheels, resulting in a 0-62mph sprint of 7.2 seconds and a top speed of 143mph.

Kia’s engineers are particularly keen to stress that their new hot hatch has been designed exclusively for the European market. So, even though the suspension has been stiffened and lowered by 5mm, the anti-roll bars are slightly softer than the standard Ceed’s, which Kia says improves cornering ability, especially on Europe’s winding, rutted roads. 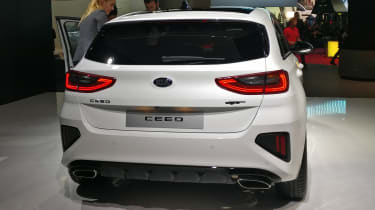 Sitting between cars like the Hyundai i30 N Line and fire-breathing hot hatchbacks like the Honda Civic Type R, Kia’s latest Ceed GT has been inspired by the firm’s range of popular GT-Line models.

“It offers greater agility and grip on winding roads, maximum confidence and comfort at a cruise, and fast-revving turbocharged power perfectly matched to European tastes.”

Other features include Kia’s Vehicle Stability Management system, torque vectoring, larger disc brakes with red calipers, 18-inch alloy wheels, new front and rear diffusers, a roof spoiler and a set of exhaust flaps and an electronic sound generator to give the GT a sporty sound.

Kia’s “tiger nose” grille has been been adapted for the GT, with a honeycomb pattern and red detailing. Every Ceed GT model will also receive Kia’s new “ice-cube” daytime running lights. 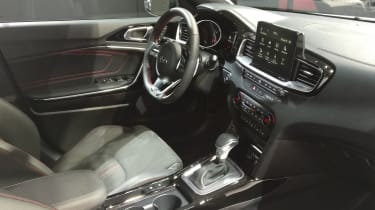 As well as the 201bhp GT model, Kia will also release a range of 'GT-Line' Ceeds which share the GT’s styling and chassis, but feature less powerful engines. The range starts with a 118bhp, turbocharged 1.0-litre three-cylinder petrol, priced from £21,535.

The most expensive GT-Line model starts at £27,185. It’s fitted with 1.4-litre turbocharged petrol engine with a DCT and produces 138bhp and 242Nm of torque. If you find efficiency more important than performance, a 1.6-litre diesel is also available priced from £23,185, which achieves 57.6mpg according to the new WLTP ratings.

What are your thoughts on the new Kia Ceed GT? Let us know in the comments section below… 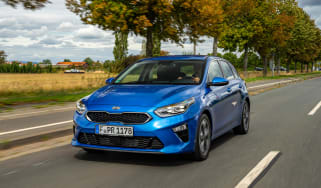 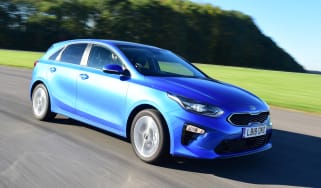