The long warranty is one of the Kia’s best aspects, with seven years of coverage as standard 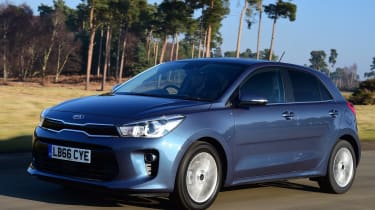 Kia has worked hard to shake off its budget brand image, and on the evidence of its recent Driver Power performances, it’s clear these efforts are paying off. For example, the brand finished a creditable 14th in the 2016 survey, five places ahead of more upmarket VW. Better still was its dealer performance, which bagged 9th overall in the same poll.

The Rio also boasts impressive safety credentials, with autonomous emergency braking, lane departure warning and six airbags featuring on all models. Euro NCAP rated the Rio with a three-star score in basic form in 2017, but adding Kia's Advanced Driving Assistance Pack (ADAP) raises this to the full five stars. It's worth noting that Rio 2 and above come with ADAP as standard, and this includes Autonomous Braking and Lane Departure Warning. 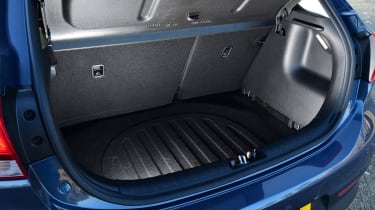 The Kia Rio comes with a seven-year/100,000-mile warranty, just like all other models from the brand. That means it’s best-in class in this area, handily beating the three-year period you get as standard on most rival superminis. It was a huge selling point for the previous car, and continues to be for this model - especially as there’s not much else that the Rio stands out for.

The servicing packs available for the car in the UK are called Care 3 and Care 3 Plus, which cover routine work over three or five years respectively. They cost around £299 and £599 respectively, and are transferrable if you sell the car.