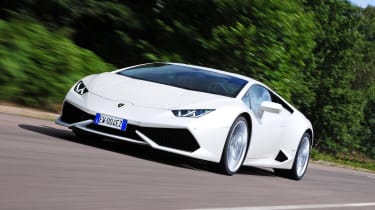 Finding at least £160,000 to buy a Huracan is just the start; as with any supercar, it won’t be cheap to run. Fuel consumption and CO2 emissions for the all-wheel drive Coupe are a claimed 20.6mpg and 332g/km – but with such immense performance at your disposal, you can expect to achieve far less than that in the real world. Specify the heavier Spyder model, and you officially lose nearly half a mile per gallon.

If you decide to go for the rear-wheel-drive model, you’ll see roughly the same fuel economy as the all-wheel-drive variant, with CO2 slightly less at 330g/km. 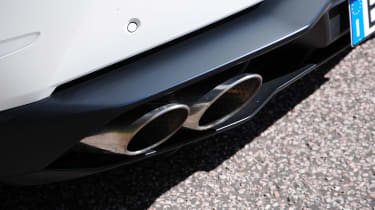 In case you have a very indulgent boss – or more likely own the company – business users choosing the Huracan will be looking at a 35 percent Benefit in Kind charge based on the purchase price, which translates to monthly tax payments of a little over £2,100.

It’s not just the day-to-day running costs that will look steep; wear and tear items are expensive, too. Carbon-ceramic brakes will wear at a slower rate than steel discs, but burn through a set of tyres and four new Pirelli P-Zeros will set you back well over £1,000, while major engine and transmission rebuilds outside of the warranty will run into tens of thousands of pounds. However, nobody said owning a supercar would ever be cheap.

Not surprisingly, the Lamborghini Huracan sits in insurance group 50 – the highest group possible – no matter which version you go for.

All supercars tend to enjoy a depreciation ‘honeymoon period’ when they’re brand new and in short supply, while rare and limited-production models can even increase in value over time. Sadly, in supercar terms the Huracan is a high-volume model, and as a result you can expect to lose a massive chunk of its purchase price over a three-year ownership period.

Predictions suggest a Huracan Spyder that costs over £200,000 to buy new, is likely to lose a massive £110,000 over three years. The rear-wheel-drive version is expected to perform a little better, depreciating by around £82,000.