'Does JLR really need the new Defender in its line-up?'

With so many other SUVs in their model line-up, Steve Fowler asks whether JLR really needed to build the new Defender 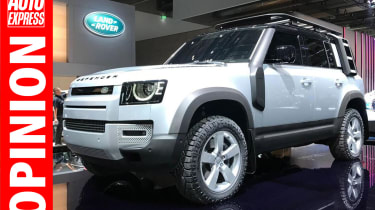 It's been a long time coming and is one of the most eagerly anticipated cars in ages, but the covers have finally come off the all-new Land Rover Defender.

Once again, the Land Rover team has produced a stunning car with huge desirability. I love its rugged, modern looks and some of the clever engineering that has gone into it. Do I want one? You bet.

At this point, you’re probably waiting for a big ‘but’ to ride into town, and here it is: I’m not sure the world really needs a new Defender. More to the point, I’m not sure that Jaguar Land Rover does.

Let me explain. The market for really utilitarian SUVs like the old model is tiny. There are plenty of romantics (not least in JLR) who wanted to see the Defender reborn, but are they going to spend more than £45,000 on one? And if you are one of the few who really need serious off-road ability, does Land Rover (or others) not already offer something that fits the bill?

The market for mainstream SUVs is huge, though, so that’s where Defender is being pitched. And here’s the rub: many of its main rivals are already in Land Rover and Jaguar showrooms. Between the Defender price points of £45,000 and £79,000, Jaguar Land Rover already has eight (yes eight) other SUVs. Count ’em: Discovery, Discovery Sport, Evoque, Velar, Range Rover Sport plus Jaguar’s E-, F- and I-Pace. The Defender makes it nine. You’ll be spoiled for choice.

Yes, I’d love a Defender (it replaces a Discovery on my wish list – as it will for many others), but I’m disappointed that, among all its tech, there’s no strong electrification story (which we’re often told is ideal for off-road work). And wouldn’t we all have loved a cut-price Defender that doesn’t overlap with the rest of the JLR range even more?

All that said, it will, of course, sell by the bucketload. But at what price for the other SUVs in JLR’s line-up?

Do you agree with Steve that JLR does not need the new Defender? Let us know your thoughts in the comments below... 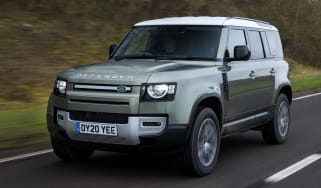