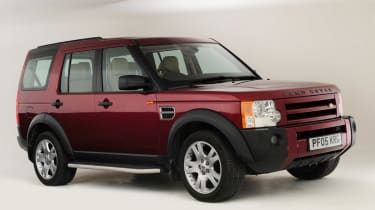 When the Discovery 4 won Best Large SUV at our New Car Awards in 2010, we said: “Blending seven-seat practicality, luxury car desirability and unstoppable off-road ability, the big British 4x4 truly is a family car for all seasons… thanks to a mid-life refresh that dealt with its predecessor’s few weaknesses.” All of this is still true and, three years on, the Land Rover Discovery remains the king of the seven-seater off-roaders – whether or not you plan to venture into the wild.

Few cars have won as many awards as Land Rover’s Discovery 3 and 4, but when a car’s been on sale for this long and is this good, that comes as no great surprise. While Land Rover has long been king of the off-roaders, when the company replaced its ageing Discovery 2 with an all-new car in 2004, the leap forward was huge. This model was more spacious, better built and had far better on and off-road performance than before, and was a revelation. But reliability was still an issue, which is why you need to shop with care.

In September 2009, the 3 made way for the Discovery 4. This had a 3.0 TDV6 option alongside the 2.7, plus a new dash, nose and tail. Electronics were improved, too – it was far better developed than the earlier models.

For 2012, the Discovery 3.0 SDV6 got more power and lower emissions, a multimedia system upgrade and a new eight-speed automatic transmission.

Genuinely capable seven-seat off-roaders are few and far between, but the Mitsubishi Shogun is worth a look as it has lots of equipment as standard and is great value. It doesn’t feel as special as the Disco, and trails on handling and pace, but it’s very reliable.

For a better-quality cabin than the Shogun’s, consider the Volvo XC90. It’s one of the safest 4x4s available, although the third row of seats is for kids only.

You could also look at the Audi Q7, BMW X5 MkII and Mercedes GL. All are costly to buy and run, but not necessarily any more so than a Discovery.