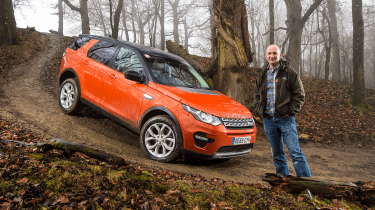 There are more efficient SUVs with sharper handling than the Land Rover, but few can match its breadth of ability. With its seven seat capacity, all-weather prowess and luxurious feel, the Disco is a car that rises to every occasion. It will be sorely missed from our fleet. 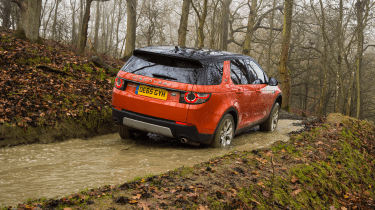 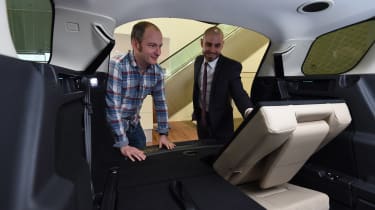 34.1mpgFirst impressions count more than ever these days, so it's no surprised car manufacturers are pulling out all the stops when handing over your new set of wheels.

Take the Land Rover Discovery Sport that's just joined our fleet, for example: when I collected the keys from the vast Lookers dealership in Battersea, London, 'my' car was hidden under a tailored cover in the showroom's glitzy reception area. There was even a plinth with my name on it alongside.

I was greeted by brand ambassador Claudio Calabrese, who offered me a complimentary cup of tea before the grand unveiling of our Land Rover. I'll admit, I needed a calming brew, as the optional Phoenix Orange paint I'd confidently selected from the online configurator was making me increasingly nervous, as I wondered whether the bright finish would be too brash in the metal. 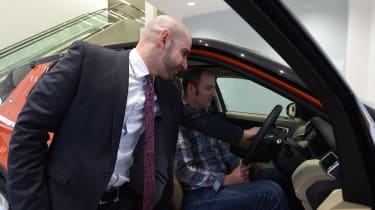 I needn't have worried - as soon as Claudio pulled off the covers, I knew I'd made the right choice. The Discovery looked stunning, easily standing out from the increasing number of white, black and grey models I've noticed on the road in the last few months.

The eye-catching paint isn't the only option on our baby Disco. I'd also added the £1,140 Style Pack that brings privacy glass, illuminated kick-plates and configurable ambient cabin lighting, plus the £2,490 Entertainment Pack, which includes a 17-speaker Meridian sound system and dual-view infotainment screen.

Yet, even without these extras, the HSE model is pretty well-equipped. For instance, the lengthy standard kit list runs to leather seat trim, sat-nav, bi-xenon lights (we've added the £390 adaptive function), keyless entry, a reversing camera and cruise control. There really isn't much this car doesn't have. 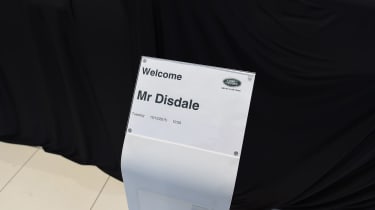 Crucially, our model comes with Land Rover's all-new Ingenium 2.0-litre diesel engine, which promises greater refinement and lower emissions compared to the old 2.2-litre unit. In combination with the nine-speed gearbox, it gives a CO2 figure of 139g/km and claimed efficiency of 53.3mpg.

And, like all Discovery Sport models, you get four-wheel drive with the brand's clever Terrain Response system. Combine this with the spacious interior and seven-seat layout, and the Discovery promises to be perfectly suited to both my growing family and the muddy, flooded roads that surround my Hertfordshire home.

With the comprehensive handover complete, I excitedly edged the Disco out of the showroom, beaming as much as the paint finish. If first impressions really do count, then this car's future is going to be very bright indeed.