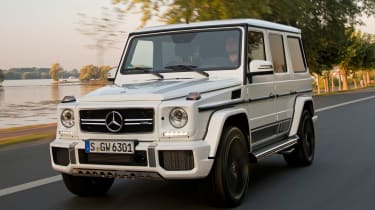 Changes to the G63 do nothing to change its character– there is still nothing quite like it and it’s both awesome and flawed in equal measure. Our star rating reflects this by being the midpoint between the five stars it earns for style, performance and off-road ability and the half a star it earns for everything else.

Motoring icons are like listed buildings – major alterations are forbidden. That’s why changes to the latest Mercedes-AMG G63 have been kept to a minimum – with a mild power upgrade and light visual tweaks.

• Best SUVs on the road

The rest of the shape is pretty similar to the 1979 original, with that familiar boxy shape, slab-sided panels, exposed screw heads and old-fashioned round headlamps.

Most people struggle to comprehend why anyone would want a G-Class over one of Merc’s more modern SUVs – and they’d be aghast that the £138,000 AMG version is actually the best seller. 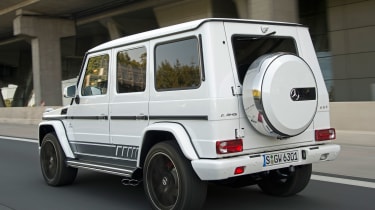 However, take a step back and you start to see the appeal. The AMG G63 is one of a handful of vehicles with undeniable charisma. First there’s the thumping V8 soundtrack from the ostentatious twin chrome exhaust pipes. Then there’s the juxtaposition of its utilitarian and AMG sporting frippery. And the contrast is even more extreme with our Edition 463 model.

That number relates to Merc’s codename for the current model iteration, which hasn’t benefitted from any major structural changes since its introduction in 1990. 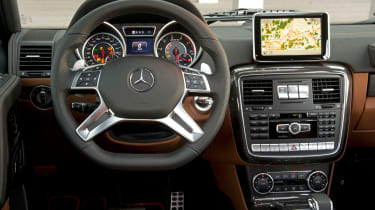 Another thing that’s reminiscent of the nineties is the ‘clank’ the G’s door makes when you slam it. Yet inside this tractor throws another curveball by feeling no less modern than any other model in the range.

The Edition 463 includes a two-tone dash, carbon fibre trim and diamond pattern seat and door panels. After just a few miles though, you’re back in the 1990s as the central locking engages with the crack of a starting pistol.

At least the G63 AMG gets out of its blocks pretty sharpish. The 5.5-litre twin-turbo engine now has 563bhp – an increase of 27bhp – while there’s 760Nm of torque which, as we discovered, is enough to spin up all four wheels in damp conditions. 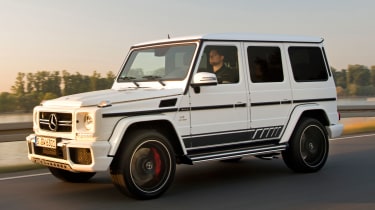 Which brings us on to another update – the improved stability control. It’s vital on a vehicle which accelerates like a rocket ship, yet turns like a cruise liner. It doesn’t help there’s loads of play in the steering.

Like a toddler, the wheel requires constant attention as it meanders off line without repeated corrections, while the bumpy ride will be a shock to anyone who is used to the air-sprung waftiness of the Mercedes GLE. 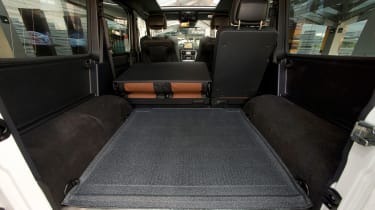 Once again though the G63’s charm makes you overlook it failings. Yes the ride is appalling but it provides strength to deal with extreme off-roading. The low ratio gearbox and three locking differentials add to the weight, but they will prevent you getting stuck in the mud.

It doesn’t matter that most people will never use these features because, as you manhandle the turbo-boosted, luxury-lined G63 through town, at least you know that like a listed building, the G-Class is still 100 per cent authentic.