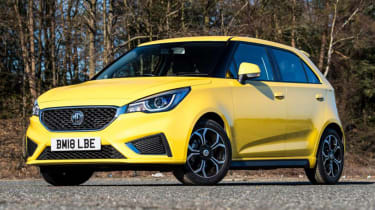 The MG3 isn’t that easy to recommend as a new car because of its narrow range, sharp depreciation and the fact it’s outclassed in many areas by rivals. But low prices mean this neatly styled supermini can make more sense as a used buy, although some consideration must still be given to the lack of a diesel engine or auto box, while the petrol engine is hardly the most efficient. But reliability issues aren’t unknown, while the strength of rivals also count against the 3. Plus looking at the car’s Driver Power reports over the years indicate it isn’t aging as well as might be hoped. So while on paper you get a lot of car for your money, the reality isn’t necessarily as impressive.

MG was founded in 1924 and focused largely on sports cars for its first 60 or so years, before closing in 1980. After that the firm was owned by British Aerospace, BMW, and Rover, during which time it variously produced hot versions of the Rover 25, 45 and 75, plus the MGF roadster.

After MG Rover’s demise the MG brand returned under Chinese ownership, and the focus since then has been on hatches and SUVs, with the MG3 supermini being the best seller. It’s neatly styled and decent to drive, plus it offered strong value when new. But how does it stack up second-hand?

The first MG3s were delivered in October 2013 and came with one engine, a 105bhp 1.5-litre non-turbo unit, driving the front wheels via a five-speed manual gearbox. Buyers could choose from 3Time, 3Form, 3Form Sport and 3Style trims, the latter topping the range and priced at £9,999; the cheapest MG3s cost £8,399. 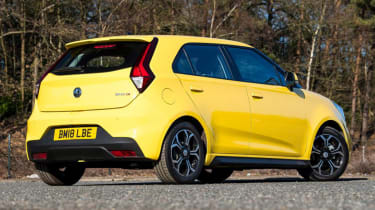 Revisions in November 2015 brought lower CO2 emissions (124g/km instead of 136g/km) and more colour options, before a more heavily revised MG3 was launched in September 2018. This had a revamped look inside and out, new trim levels (Explore, Excite and Exclusive) and extra equipment, including standard Bluetooth, and an eight-inch touchscreen for Excite and Exclusive editions. A range-topping Exclusive Nav has just been launched with standard sat-nav.

There are no choices when it comes to mechanical specification, but the MG3 had an array of personalisation options, such as two-tone paint, plus different wheels and decals. The only other options were leather trim and upgraded infotainment; both are worth having – but they were offered only on range-topping models.

Alternatives to the MG 3

The Vauxhall Corsa is more sophisticated, plentiful and brings a wider model range and dealer network, but prices aren’t so keen. The same is true for the Ford Fiesta, which is class-leading when it comes to dynamic ability, while the Renault Clio and Peugeot 208 provide tough competition, too. 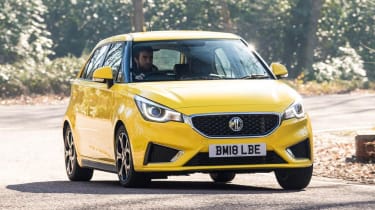 Don’t overlook the SEAT Ibiza and Skoda Fabia, which come with some excellent engines and transmissions; if your budget is more generous you could also consider a Volkswagen Polo, which is closely related to the SEAT and Skoda. Also look at the Toyota Yaris and Mazda 2; the latter is especially enjoyable to drive and features a very high-quality interior. The Hyundai i20, Kia Rio, Suzuki Swift and Dacia Sandero are all worth a look, especially for their value.

Chains have been known to break after the car has covered as little as 15,000 miles, wrecking the engine as a result.

MG3 clutches can be very weak. Some owners have experienced juddering or a total failure after less than 20,000 miles of driving.

The MG3’s paint isn’t very thick and it can get damaged easily, by stone chips as well as by bird droppings, so be sure to check for any blemishes.

The MG3 achieved just three stars in Euro NCAP tests, with autonomous emergency braking unavailable even as an option. 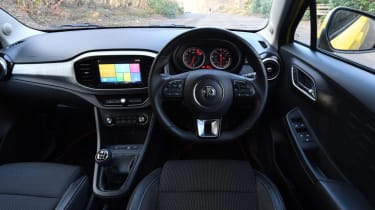 MG3s from 2018 on are much more user-friendly and high-quality than pre-facelift cars. Earlier models got a simple dash with a few ergonomic issues, which became less of a problem in later, higher-spec models fitted with touchscreen infotainment. All MG3s have plenty of cabin and boot space; the latter takes 320 litres with the rear seats up, and 1,262 litres with them down.

Most MG3s sit in insurance group 4, while the service interval is set at 12 months or 15,000 miles. However, this is cut to 12 months or 10,000 miles for 2016 and 2017-model cars. Services alternate between minor and major, at £197 and £405, but the fourth costs £447 because fresh coolant is needed. There’s no cam belt to replace, and service plans are available through dealers; everything is detailed on the MG website.

There has never been a recall for the MG3. This may reflect the fact none has been required, but it’s worth pointing out recalls tend to be started by manufacturers rather than the Driver and Vehicle Standards Agency (DVSA). The DVSA can force a recall if it believes one is urgently required, however, and makers are legally bound to inform DVSA if they identify safety defects.