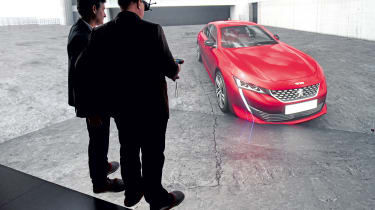 As London was being gripped by Olympic fever in the summer of 2012, Peugeot’s designers were starting work on something that would prove to be a game-changer for them, too.

The ageing 508 would need replacing, but the D-segment in which the car competed was in decline. Yet at the same time, an opportunity existed to move the model upmarket – following plans that were already under way to do the same with the 3008 and 5008 models. Auto Express joined in the process last year with exclusive access to the team behind the new 508 a year before its launch.

Bernard Hesse, brand project manager for the car (codenamed R8), explains the opportunity that Peugeot had spotted: “Although the D-segment was in decline, we saw signs of recovery due to new models, especially D-segment coupés,” he says. “We saw a move to these more dynamic cars with a different silhouette, like the Audi A5 Sportback and BMW 4 Series Gran Coupe. These cars gave us inspiration.” 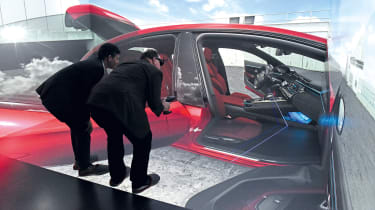 And so the idea behind the new Peugeot 508 was born, a car that Hesse describes as “quite different from the existing model; a five-door car with frameless doors and a far greater degree of quality”.

The aim was to offer a model with a perceived quality level that was at least as good as the Volkswagen Passat in base models, but able to challenge Mercedes, Audi and BMW on higher-spec versions. It would have class-leading technology, be built superbly, come with the increasingly popular i-Cockpit, be more dynamic than before and, as Hesse promised, “still feel like new after three years”.

Pierre-Paul Mattei led the new Peugeot 508’s design team and explains more about the push upmarket. “Clients benchmark and compare our cars with premium cars,” he tells us. “The D-segment is dominated by German cars and the new 508 shows that we are going upscale, too.”

Key to that has to be the look and Mattei explains the 508’s clear point of difference. “We have unusual proportions compared with our main competitors,” he says. “Elegance is important; we want people to turn back on the streets to look at the car. We worked for a year and a half on the morphology of the car. We compared our car constantly with what else was available in the D-segment to make sure ours was different.”

Mattei led a competition across Peugeot’s design department, inviting colleagues who weren’t involved in the project to take part. Seven quarter-scale models were then built before moving to full-size clays, with the teams always being encouraged to make sure their designs were different to rivals’. 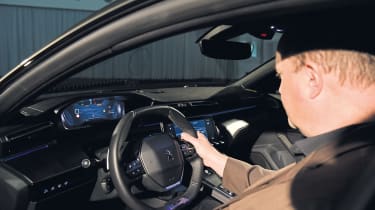 The winning design reveals a car that’s 80mm shorter than the old one, using some clever details to make the newcomer look longer. For example, the rear hatch, with its truncated rear end, is slightly narrower than the front of the car.

Plenty of work has gone into the front and rear lights to enhance the premium look, too, including a trio of 3D ‘claw’ LEDs at the back that adapt to light conditions to make sure they’re always visible. LEDs at the front get a simpler, vertical treatment that Mattei says will be more recognisable.

Peugeot’s Exalt concept (below) from 2014 gave plenty of clues to the look of the new 508, not least in the cabin with a high-quality development of the i-Cockpit theme. “D-segment customers are very demanding,” Mattei explains. “So we wanted to take i-Cockpit and combine it with something like a piece of furniture, as we did in the concept.” 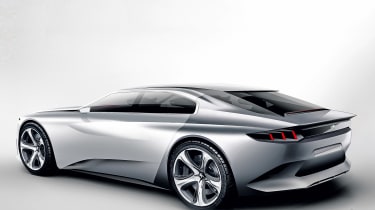 The small steering wheel now gives drivers an uninterrupted view of the high-set instruments, while the 10-inch touchscreen and toggle switches are clearly angled towards the driver.

Ergonomics have been tuned using Peugeot’s CAVE virtual reality studio. “It saves time and money, especially when looking at options,” Mattei tells us.

Even a year out from launch on very early cars, we were able to see that five years’ work has paid huge dividends. The car has a far more premium look and feel – exactly what’s needed to provide the 508 with its point of difference and move it ever closer to the brands Peugeot has to compete with to succeed.