The Megane Trophy R is a record-breaking hot hatch, but can it compete with the Porsche Cayman for pure driving thrills? 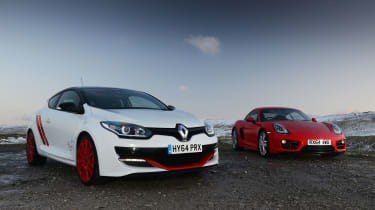 The Nürburgring Nordschleife circuit in Germany has a fearsome reputation, and car makers take great pride in boasting about their lap records at the infamous ‘Green Hell’. While supercars battle for the outright lap record, there are other titles to lay claim to, such as the fastest hot hatch.

The current title holder is the Renaultsport Megane 275 Trophy R, which completed the 13-mile course in under eight minutes. To celebrate, Renault is selling a limited-edition roadgoing version, featuring performance tweaks inspired by the record-breaking car. 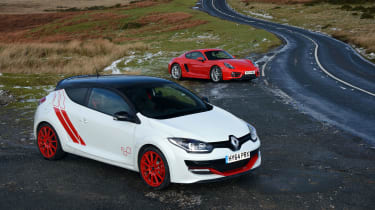 With a price tag nudging £37,000, the Trophy R is moving into the realm of dedicated sports cars, and for £3,000 more, you could get behind the wheel of a Porsche Cayman.

The entry-level 2.7 delivers plenty of driving thrills, but how do these two cars compare? We hit the road and track to find out.

Read individual reviews of the cars by clicking the links above, and scroll down to see which one comes out on top. Will it be extreme hot-hatch or pedigree sports car? 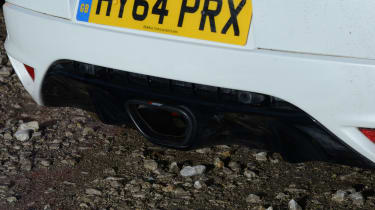 These high-performance models serve up exactly the same 271bhp power output, but the turbocharged Renault has a broader spread of mid-range torque, which boosts in-gear acceleration.

However, one of the thrills of driving the Porsche is being able to wind the 2.7-litre flat six-cylinder engine all the way up to maximum revs. In comparison, the stripped-out Trophy R’s lack of soundproofing means it's left feeling very raw. 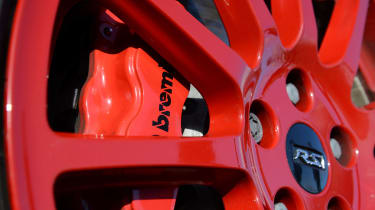 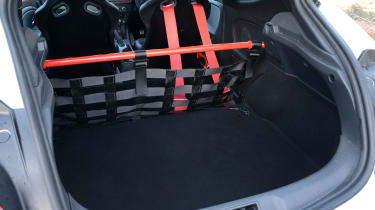 Stripping the back seats out of the Trophy R creates a large load space, which Renault has designed to accommodate a set of tyres. The Cayman doesn’t have the same maximum space, but the front and rear boots are reasonably sized and can take a surprising amount of luggage. 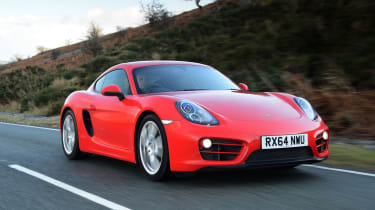 The Cayman is the entry point to Porsche coupé ownership, but you won’t feel short- changed with the 2.7. It has more than enough performance to entertain on any road, while its beautifully balanced handling will leave you grinning from ear to ear. Add fine motorway manners, plus compact dimensions and fuel-saving stop-start for around town, and the Cayman is a thrilling coupé you could live with every day. 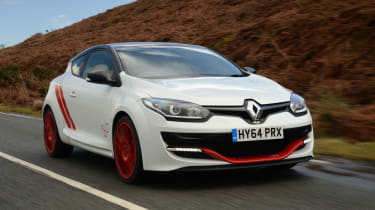 To be mentioned in the same breath as Porsche is a victory for the Mégane Trophy R. It represents the pinnacle of Renaultsport’s hot hatch development, and on the right road its ability to transcend its humble hatchback roots and turn into a razor- sharp driving machine is staggering. It'll embarrass supercars on a track day, but its intense character means you’d be mad to use it on a daily basis.