SEAT brings digital dials to its Arona and Ibiza lineups

The SEAT Arona is the first car in its class to feature a digital display, with the Ibiza supermini also getting the tech 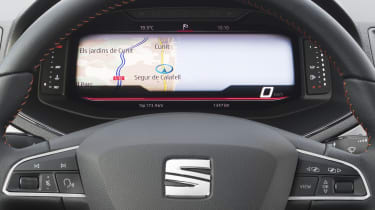 SEAT has announced that its Digital Cockpit technology will make its debut on the Arona compact crossover and the Ibiza supermini.

The new tech replaces the traditional analogue speedometer and rev counter with a 10.25-inch screen, which can be customised to display a range of driving, navigation and infotainment functions.

The tech has been offered on the larger Ateca and Leon models since the start of the year, but its debut on the Arona means that it’s the first car in the mini SUV class to feature this type of tech. It's not completely new to the supermini class, as the Volkswagen Polo is already offered with the related Active Info Display.

The display can be controlled via steering wheel mounted controls; the left and right buttons and the scroll wheel on the right-hand spoke of the wheel let you switch through the different functions available on the 1280 x 480 pixel screen.

The ‘View’ button allows you to switch through three different main display choices. ‘Classic’ is most similar to a traditional set of dials, featuring two big dials for speed and revs with a space between the two for other driving data. Digital expands the screen to show the satellite navigation map at full size, with a small digital speed readout at the bottom. The third setup, ‘Dynamic’, prioritises vehicle status, navigation instructions and driver assist systems.

Official UK prices and specs are still to be confirmed for the new tech. However, on the Leon it’s offered as a £400 option on the XCELLENCE Technology and FR Technology trim lines, so expect similar for both the Arona and Ibiza.

Do you like digital dials? Let us know your thoughts below... 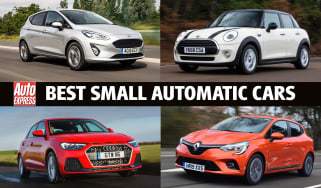 An automatic gearbox is the perfect choice for smooth, easy going motoring. Here is our list of the best small automatic cars on sale now
SEAT Arona review 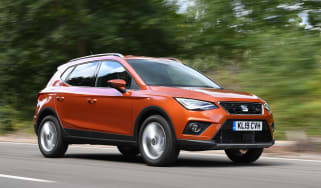 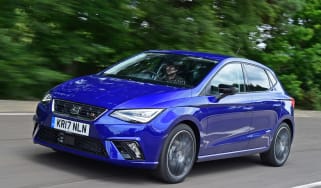