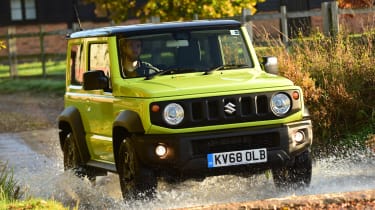 Don’t be fooled: despite the new Suzuki Jimny’s lightweight construction and dinky dimensions, it’s unlikely to be a cheap car to run. Especially if you often drive off-road in 4x4 mode.

Official fuel consumption ranges from 32.1 to 35.8mpg on average depending on spec – with those cars on bigger wheels likely to be slightly less efficient. CO2 emissions start at 154g/km and rise to 170g/km on some models. There is no super-frugal diesel model.

For comparison, a Dacia Duster (in petrol guise) will emit between 145g/km and 158g/km, while diesel versions reduce this to as little as 115g/km. The most efficient front-wheel-drive versions can return as much as 64.2mpg. 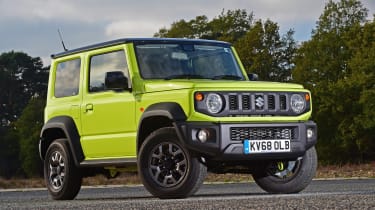 Despite launching way back in 1998, even now the old Jimny will retain up to 53 per cent of its value after three years or 36,000 miles, with the latest model holding on to around 55 to 56 per cent over the same period, according to our experts. A Dacia Duster is similarly competitive, but crossover rivals like the Renault Captur and Nissan Juke fall some way short.