The Swift has comfortably passed most of the challenges put before it in the months that it’s been with us. It has been found wanting a little in terms of cabin quality, while high-speed refinement isn’t perfect, but these are two small niggles on a very good car.

Here at Auto Express, we often hear complaints from readers about the disappearance of motoring traditions, while some of our staff lament the loss of many of the more characterful cars from yesteryear.

By and large, though, things have moved on for the better in the world of cars, from safety and reliability to build quality and technology. However, there is one thing we all agree is sorely missed: the spare wheel. 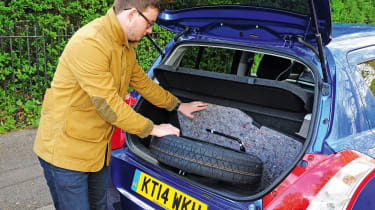 Over the past five years or so, more and more manufacturers have started to leave out the spare wheel from their models, often replacing it with some magic foam to fix the tyre and a compressor to pump it up. I wonder, though, how many of us would be comfortable to use this and continue our journey in the event of a puncture? I know I wouldn’t.

Fortunately, our Suzuki Swift seems to be one of the few models to still feature a spare wheel. I haven’t needed to use it, but the fact that it’s there allows you to relax in the knowledge that a flat could quickly be sorted and you wouldn’t have to call on a breakdown company.

Our car only just made the cut, though, as Suzuki announced in February that all Swifts would get a temporary repair kit rather than a spare wheel – a deflating moment for new customers I’m sure. 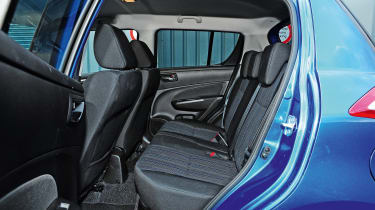 Still, I won’t allow that to affect my feelings for the Swift. Downsizing (something that I thought could be a problem in my last report) hasn’t been an issue for me as of yet. The seats might not fold completely flat, but put them down and there’s more than enough space on offer.

The real highlight is how the Swift performs both in the city and on tight back roads. Through London, when traffic is a little lighter than normal, it feels sprightly and incredibly enjoyable. A recent trip to the back roads of Peterborough, Cambs, allowed it to shine, however. The tight rural roads meant I got the best from the sharp steering, while the rev-happy 1.2-litre engine never felt short of pace, provided I was willing to work it hard. It’s only on the motorway that the new Dualjet unit feels short of muscle. 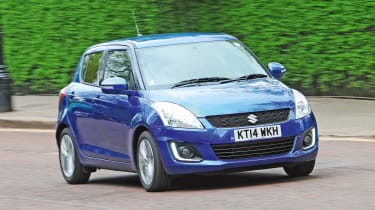 Bar those odd trips on the motorway, the Swift has been the perfect small city car. In fact, it’s been so good that I’ve managed to convince people who would never have considered a Suzuki that it’s definitely something to have on their shopping list.

For me, though, it still lags that little bit behind the Ford Fiesta, while the Vauxhall Corsa has also stolen a march on it. With just a few tweaks and a bit of an update in the design and cabin materials, the Swift could well mix it with the supermini big- hitters. Even without its spare wheel... 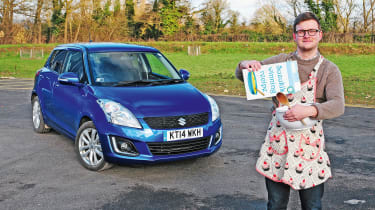 I’ve long thought that Suzuki was close to cooking up the ideal supermini with the Swift. The recipe of sharp handling, slick gearchanges and passenger space that belies its size has always put it close to the market leaders.

But now, the brand may well have found the final ingredient in the shape of its new 1.2-litre Dualjet engine.

The key changes over the previous unit are a drop in emissions – down from 116g/km to 99g/km – which means you’ll pay nothing in vehicle excise duty, plus a small increase in torque and minor drop in power. 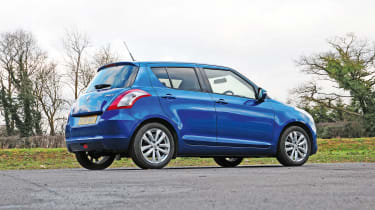 While buyers will notice the positive effect it has on their wallets, they’re less likely to feel the performance tweaks.

That’s by no means a bad thing, though. The 1.2-litre petrol in the Swift has always been a free-revving, fun engine that makes the car ideal for nipping in and out of town traffic, although it’s a bit sluggish on motorways.

And that holds true with this new addition. Having spent the previous six months in the rather bulky Mitsubishi Outlander PHEV, I’ve found getting back into a supermini a bit of a treat. 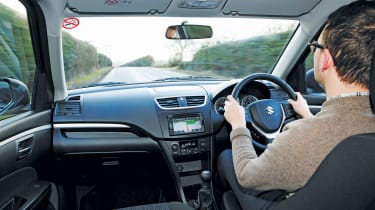 My commute from north London to the office in the centre of the capital isn’t always the easiest, but the Swift comes into its own skipping past a bus blocking a lane or nipping around a car trying to turn off a main road.

Another of my early journeys was a two-hour drive up the M1. While it managed the distance OK, getting up to motorway speeds feels laboured, and a 12-second 0-62mph time goes some way to explaining it. Despite this, it’s quiet in the cabin at high speeds.

The long journey was made even easier by the upgraded sat-nav and stereo system in our SZ4. Not only is the DAB radio excellent, but Bluetooth music connection is simple, too. What’s more, the sat-nav tech is easy to follow and a quick system to get to grips with. 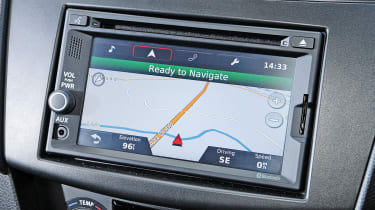 Our top-of-the-range car comes with plenty of other useful kit as standard, including keyless entry and go, climate control and LED daytime running lights (which look particularly good on the little Swift). I’m also happy to report that it’s fitted with a handy space-saver spare wheel, rather than a useless can of foam.

One issue that has already become apparent during my short time with the Suzuki, though, is the tiny boot space. With the seats up, it’s just 211 litres. And while I don’t expect estate-like proportions, this is well behind the likes of the Vauxhall Corsa’s capacity of 285 litres, or indeed the Ford Fiesta’s, which is a further five litres larger. 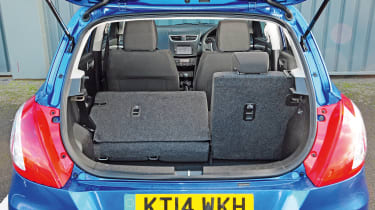 And while the seats do fold 60:40, they don’t go completely flat – leaving a rather large lip in between the boot and rear seats. As I have a dog and am planning plenty of family visits over the coming months, it’ll be interesting to see how I deal with this downsize in space.

So far, then, my time in the Swift has gone pretty smoothly, but with a wide selection of superminis currently on the Auto Express fleet, it will be fascinating to find out just how the refreshed Suzuki stacks up.

Read our full review of the Suzuki Swift here.