Toyota’s new Hilux blends hard work with SUV-like appeal, but can it compete with the class-leading Mitsubishi L200? 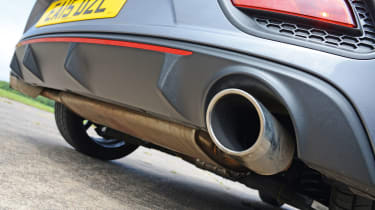 Pick-ups need to be practical. That’s a given if you’re looking for a working vehicle, but today, these versatile load-luggers no longer demand compromises in terms of refinement and comfort.

There’s a new crop of trucks emerging that aims to combine the usability this sector has always been known for with more SUV-like driving dynamics and upmarket interiors featuring tech that wouldn’t be out of place in a premium crossover.

The latest is Toyota’s new Hilux. The famous nameplate needs no introduction, as the Hilux has been providing tradesmen with dependable transport since 1968 when the original launched. Over that time the Hilux has evolved, and this Mk8 model is more sophisticated than ever. 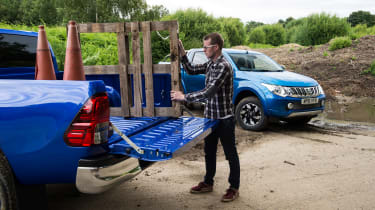 But if it wants to take class honours, the newcomer will have to beat the Mitsubishi L200, crowned Best Pick-up for the second year on the trot at our recent New Car Awards.

The L200 sets the standard for road manners, versatility and efficiency at an affordable price, so the Toyota has got big working boots to fill if it wants to take on the mantle as the sector’s finest.

If you’re in the market for a pick-up, your decision might come down to the cost of ownership. Factoring in the purchase price, depreciation, fuel, road tax, servicing and insurance for three years, the L200 works out the cheaper model to run by £407. Its advantage will be enhanced if plans to tax trucks based on CO2 emissions go ahead.

What the L200 loses in practicality, it definitely makes up for in the way it drives. It’s more settled, the auto box is better and the more powerful engine is also quieter. This means the Mitsubishi is the easier pick-up to live with if you’re working behind the wheel a lot.

Toyota has addressed the old Hilux’s major flaw by offering 13cm more width across the load bay than before, along with an improved towing limit. The truck is more usable than ever, but is still only a slight step up, and can’t quite compete with rivals. 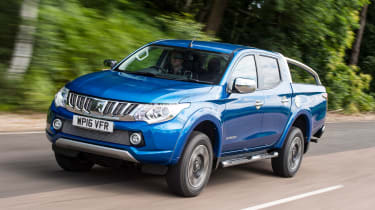 Thanks to its broader breadth of ability, the L200 takes class honours yet again. It’s slightly down on the Hilux in terms of practicality, but this is easy to accept thanks to the level of standard kit on offer, lower running costs, superior performance and comfort on the road. Like the Hilux, we’d recommend saving even more money by going for the manual model. 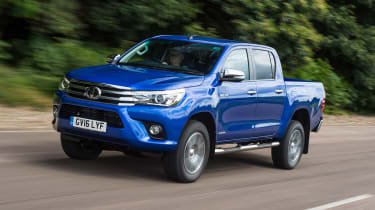 Big improvements where it counts mean the Hilux is more competitive than ever, being able to carry and pull more weight than its predecessor. But it’s pricey and doesn’t feature as much equipment as the L200, plus it’s not as efficient and can’t match the Mitsubishi’s road manners. While it looks good, the deciding factor is that the Toyota will simply cost more to run. 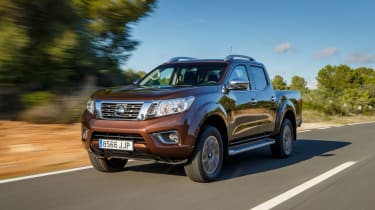 A more powerful engine and a 3,500kg towing limit make the Navara versatile, plus it has a keen price. But despite its sophisticated independent rear suspension layout, it’s still not as good to drive as the L200. 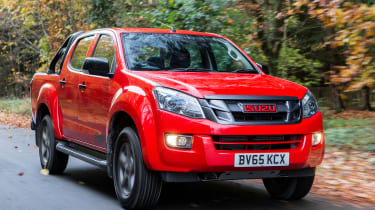 At this price, the D-Max is an outside choice. While it’s not as swish inside as the latest pick-ups, its five-year/125,000-mile warranty is almost as strong as its 2.5-litre engine, which gives a useful 3,500kg towing capacity.