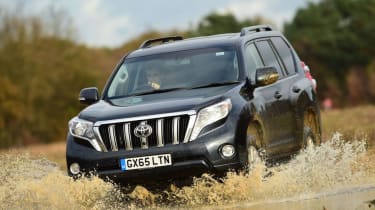 While the Toyota isn’t as plush as most of its key rivals, you get terrific off-road ability, generous equipment and superb reliability. Running costs are inevitably high because this is a thirsty car and insurance cover isn’t cheap, but routine maintenance doesn’t work out as especially expensive. There are few available on the used market, partly because the Land Cruiser isn’t a big seller, and partly because owners tend to hang on to them. Those owners accept that the Toyota won’t be the most refined SUV around, but it combines usability with dependability like nothing else.

In 2021 Toyota will celebrate 70 years since the first Land Cruiser went on sale. That model was developed for military use and appeared just six years after World War Two.

By the mid-sixties, Toyota introduced the Station Wagon to appeal to a wider audience, especially those who needed a practical vehicle to cope with the toughest terrain.

The Land Cruiser got ever bigger and more luxurious, with a V8 variant arriving in 1998, almost a decade after Toyota split the range in two: a full-sized model known as the Amazon in the UK, and a smaller ‘light-duty’ edition initially sold as the Colorado. Here we focus on the latter, sold simply as the Land Cruiser. 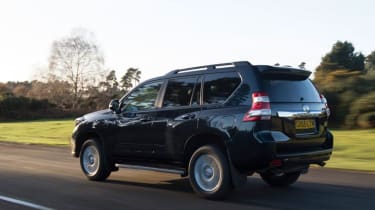 The fourth-generation Land Cruiser ‘Colorado’ (codenamed J150 by Toyota) reached UK showrooms in December 2009, with a 171bhp 3.0-litre diesel engine and a five-speed automatic transmission only.

Buyers could choose between LC3, LC4 and LC5 trim levels, with seven seats fitted as standard to the latter two, whereas the LC3 had five seats, with a third row optional.

A facelifted model arrived in December 2013 with recalibrated suspension and extra safety features, while the trim levels were renamed Active, Icon and Invincible. A 174bhp 2.8-litre diesel engine and a six-speed automatic transmission became standard fare in August 2015.

Each successive update brought a higher-quality interior and more equipment; post-2013 Land Cruisers are far more luxurious than earlier cars, and the 2.8-litre engine is usefully more efficient than the 3.0-litre. 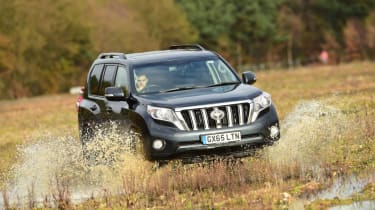 Top LC5 models get a suite of off-road tech, such as adaptive variable suspension with active height control, crawl control, multi-terrain monitor with steering angle display and multi-terrain select, plus a rear TV screen for DVDs and computer games.

Alternatives to the Toyota Land Cruiser

The Mitsubishi Shogun is the closest rival. It too puts towing and off-road ability ahead of luxury and refinement, but it is spacious (in rows one and two) and well equipped.

If off-roading ability is key, a Land Rover Defender might suit, but a better bet would be a Discovery or Discovery Sport. They have far better refinement and a much more luxurious interior. The Volkswagen Touareg is another desirable 4x4 that’s superb at towing, luxurious and comes with some excellent engines – but only five seats.

If seven seats are essential, also think about the BMW X5, Audi Q7 and Mercedes GL/GLS-Class. All are costly to buy and run, but offer a more luxurious take on the large SUV format, and are excellent at towing.

All Toyota Land Cruisers have a maximum towing capacity of 3,000kg with a braked trailer, or 750kg if unbraked.

Whereas three-door Land Cruiser models are fitted with a manual gearbox, five-door models are equipped with automatic transmissions.

The spare wheel is kept below the boot floor. Its lowering mechanism has been known to seize up if neglected for a long period of time.

Very few of these cars are fitted with a manual gearbox, which is just as well; the shift on such units can be quite poor. 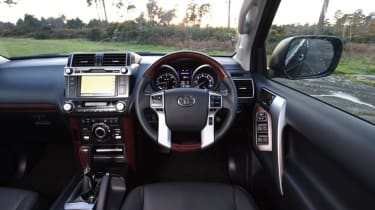 This is a big car, but it’s not as roomy as you might expect. Rows two and three are surprisingly cramped, with the latter only really suitable for children, although there’s lots of headroom in the first two rows. The cabin is easy to use, very well equipped and extremely well put together, while boot space is excellent at 621 litres with the third row down, but just 104 litres with all seven seats in use.

The Land Cruiser service schedule alternates between minor and major, priced at £250 and £395 respectively, with a service due every 12 months or 10,000 miles. The engine has a timing belt rather than a chain, but this costs just £250 to replace. It needs to be done once every 10 years or 100,000 miles.

The coolant also needs to be replaced after 10 years or 100,000 miles – and then every 60,000 miles after that – but the cost of this is included in the routine servicing. Also built in is fresh brake fluid, which is required every two years or 20,000 miles. 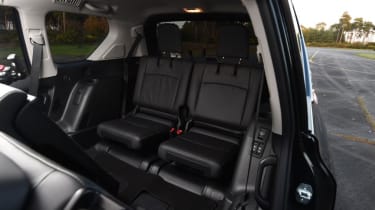 This generation of Land Cruiser has been recalled just once. It happened in June 2017 and affected 589 cars built from June 2015 to January 2016, which could suffer from a damaged mount for the AdBlue injector on the exhaust pipe. If the flange and pipe separated, AdBlue was no longer injected. Toyota fixed the problem by replacing the forward section of the pipe.

Predictably, the Land Cruiser is too niche to appear in our Driver Power surveys, but Toyota was 10th in the 2019 brand survey. The firm’s standing was boosted by a particularly good showing for reliability and low running costs. Other high spots were for build and ride quality, and safety equipment. Interior design and storage were the low spots across the brand’s cars.