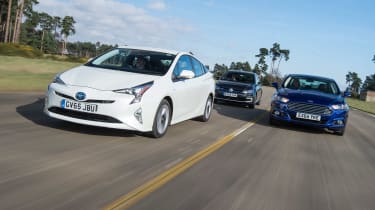 There’s no doubt that the Toyota Prius has made an impact on the new car market. Its pioneering petrol-electric hybrid drivetrain has been emulated by rivals, while Toyota has gone on to perfect the formula over the years.

Now Toyota is launching a fourth-generation Prius, complete with radical styling, a more efficient hybrid system and an all-new platform that’s designed to add even more to the driving experience.

But the new model enters a hybrid market that has changed beyond recognition since the original’s 1997 launch. We’ve lined up two rivals that will provide stiff competition.

The Ford Mondeo Hybrid features petrol-electric drive and a CVT gearbox like the Prius, but its four-door saloon body is unique to the Mondeo range. The hybrid system in the Ford is more powerful than the Toyota’s, and it undercuts the top-spec Prius tested here on price as well. 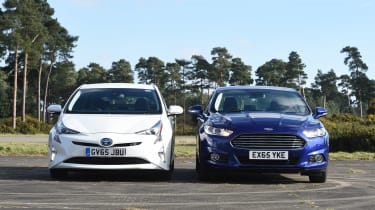 The Volkswagen Golf GTE represents the rise in plug-in hybrids. While it has a higher list price, it promises to deliver a mix of wallet-friendly economy and hot hatch handling that will test the Prius’ abilities.

Park the Prius and Mondeo side-by-side, and the difference in size between the two is obvious. The Toyota is packaged around its hybrid drivetrain, so while it’s compact, it has a bigger boot, and feels more spacious inside.

As with the Golf, the Ford’s hybrid system takes up load space, so it’s less practical than regular petrol or diesel versions.

The Prius Excel and Golf GTE feature adaptive cruise, and you can add it to the Mondeo for £450. Of the three, the Golf’s system is the smoothest to use.

The Toyota and Volkswagen also have lane assist, although the Prius’ set-up is a bit slow to react, leaving you hitting road studs as the system activates.

Unlike the new Prius, the Golf and Mondeo are compromised to fit in their drivetrains. In the Ford, you lose boot space and fuel tank capacity, while in the Volkswagen there’s no underfloor storage or space for a spare wheel. 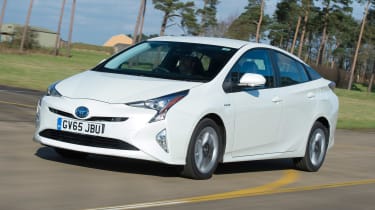 The new Prius wins this test, but more importantly it has the all-round ability to be an outright contender in the hatchback class. Although the looks are divisive, clever packaging means the cabin is roomy, while the new platform delivers a surprisingly enjoyable drive. The hybrid powertrain demands no compromises, but the car still delivers the best fuel economy when driven around town. 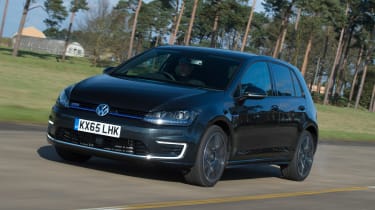 You get an intriguing mix of hybrid economy and hot hatch fun from the Golf GTE. But unless you plug it in every time it’s parked, it won’t save you as much on fuel as the Prius, and the standard GTI is more enjoyable when you’re behind the wheel. While low tax costs make it an attractive company car, to justify it as a private purchase you need the £2,500 Government discount. 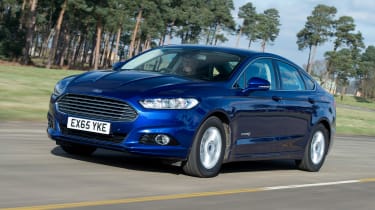 We’ve found the regular Mondeo disappointing when compared to its family car rivals, and this Hybrid model trails as an eco warrior, too. Low emissions will be tempting for fleet users tied to the Ford range, but real-world economy isn’t very far ahead of the diesel Mondeo’s, while the compromises of the smaller boot and saloon body mean it’s not as practical. 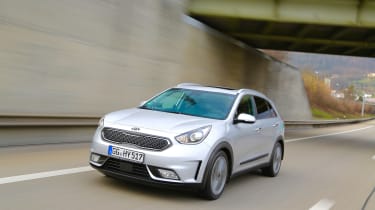 The Niro isn’t quite as efficient as the Prius, but its projected price and less flamboyant crossover styling will be attractive to many buyers. The twin-clutch automatic gearbox could boost its driver appeal over the Toyota, too.