Final report: we say farewell to the car that gave us a relaxing start to every day 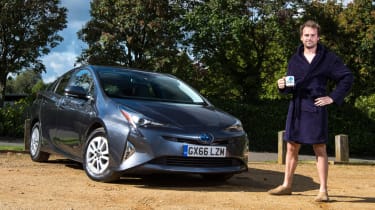 While the Prius’ image suggests that it might put you to sleep, the reality is much different. I’ve loved getting into our Toyota every morning, thanks to its comfortable ride and quiet powertrain. It’s even been perfect for doing long distances, as well as city commutes. 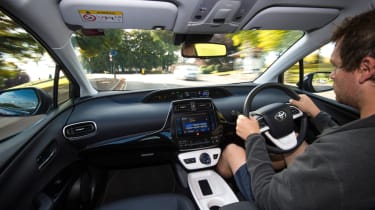 The car you drive gives off all sorts of messages. Bystanders will, rightly or wrongly, make assumptions as to what sort of person you might be and the lifestyle you might lead, simply based on the make and model of car upon which you choose to spend your hard-earned cash.

However, at Auto Express, we get to experience many different vehicles, both on short-term road tests and by living with them for a longer period of time. As a result, I frequently wonder how other motorists perceive me when I’m behind the wheel of something new. I often look like I could either be on the school run or playing for one of London’s many lower-league football teams, depending on what keys I happen to be holding at the time. 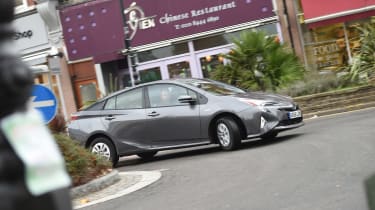 So when I was informed I’d be running the latest addition to the Auto Express fleet, the Toyota Prius, my mind didn’t have to work too hard to figure out what the car would suggest about me. Or so I thought…

The Prius needs no introduction – it’s our favourite green car, and has seen off the challenge from rival hybrids such as the Kia Niro and Hyundai Ioniq. It’s an eco car for eco-conscious people, and as I live in Highgate, north London, a stone’s throw away from trendy Muswell Hill and Hampstead Heath, it should fit right in.

I’m surrounded by free-range, organic and Fairtrade retailers. These businesses and people care about our environment, so with the Prius’ claimed 85.6mpg, the petrol-electric powertrain should be welcomed with open arms. On the other hand, though, with the rise of the app-based taxi service Uber, and the Uber driver’s love of the eco machine, people might simply think I’m moonlighting as a minicabber. Only time will tell. 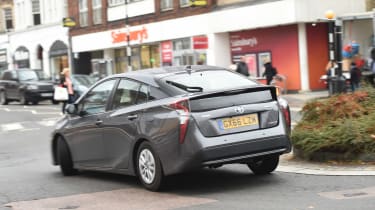 Whatever messages the Toyota gives off, there’s more to this environmental warrior than meets the eye. Our car is a £27,755 top-spec Excel, so there’s plenty of equipment – heated leather seats, wireless phone charging, head-up display, sat-nav, a JBL sound system, LED lights and parking sensors are all included as standard.

One option we’ve chosen to change are the wheels. While 17-inch alloys are the norm, if you swap these for the 15-inch rims, the price comes down by £400, plus the car’s CO2 emissions drop from 76g/km to 70g/km. This means the Toyota becomes Congestion Charge exempt, which will be a big boon as Auto Express’ office is located inside the central London C-Charge zone. 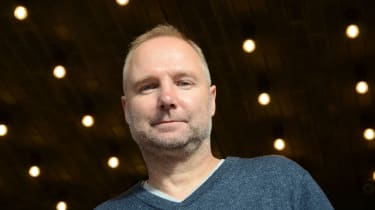 The smaller wheels also improve the ride quality without adversely affecting handling – and as our latest road test versus the Ioniq showed, the Prius is good fun to drive.

I cover a great many miles every week, so while I’ll be exploring the hidden depths of the Toyota’s chassis, as staff photographer, my major focus will be on maximising efficiency with the car loaded up with my equipment. The Prius has already proven practical and efficient in the short time I’ve had it, so the signs are positive.

And when it comes to the image my car portrays about me, I’m hoping I’ll stick to eco champ rather than Uber driver.