Tax rates for businesses using a van are simpler than they are for car drivers, but there are still issues to look out for 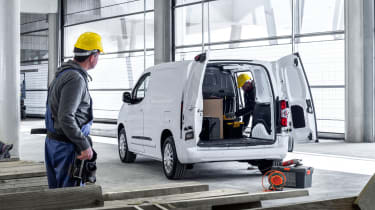 Tax rates for vans are relatively simple for business owners to work through, although there are still some factors to consider. Unlike cars, which face variable tax rates based on their CO2 emissions, vans and other light commercial vehicles (pick-up trucks and SUV-based commercial vehicles) all fall into one classification, which makes life simpler in terms of taxation.

Her Majesty's Revenue & Customs (HMRC) offers a variety of tax options, depending on how a van is used by a business. If it's solely used for work purposes, then no tax at all will be levied. This includes 'insignificant private use', which is used to describe trips such as making a detour to the shops for a coffee on your way to work, or a visit to the dentist during business hours, for example. HMRC sees this as having no discernible 'Benefit-in-kind' (company cars pay BiK tax because they are often used for journeys other than the commute to work), so there's no tax to pay.

However, once you get into the realms of use beyond work (private usage, which includes trips to the shops), then BiK kicks in and you'll have to cough up. As already mentioned, all panel vans are taxed at the same rate, so whether you're driving a small Citroen Berlingo, mid-sized VW Transporter or full-size Ford Transit, the tax you pay will be identical.

What is a van?

It might seem like a daft question, but the first thing you need to do is understand that there is an official HMRC classification for a van. Which is as follows:

This covers panel vans with two or three-abreast seating, chassis cabs fitted out with conversions, two-seat commercial SUVs and pick-up trucks. In terms of double-cab vans (with a second row of seats behind the front row), there is a bit of a grey area in terms of tax. 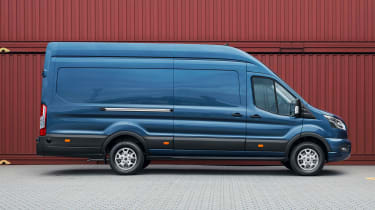 The best thing to do here is double check the van's V5C registration document for its European classification. If the V5 says N1 or N2, then it's a van, but if it reads M1 or M2, then it must be taxed as a car, and that means emissions-based tax rates.

Things are a little more complicated for pick-up trucks, too. While a two or three-seat pick-up is easily classified, a five-seat double cab pick-up must have a payload weight in excess of one tonne to be classified as a light commercial vehicle (LCV). As an example, all bar one version of the Ford Ranger is classified as an LCV, the exception being the flagship Ranger Raptor, which has a payload under a tonne thanks to a suspension set-up that's designed more for off-roading than load carrying.

A commercial SUV (such as the Mitsubishi Outlander Commercial or Toyota Land Cruiser Commercial) is another exceptional case. In this instance, the vehicle must only have one row of seats up front, have all the back windows blanked and be stripped of all rear seating, which is usually replaced by a large, flat load area.

The current Benefit in Kind tax rate for light commercial vehicles is £3,430 for the 2020/21 tax year. That's the same for all vans, pick-ups and other commercial vehicles that qualify as a van. There are lower rates on offer to businesses in the following circumstances:

The latter means a business can divid the BiK rate between the number of employees that use the van, while if it's a pool van with no specified keeper, there is no tax to pay.

How much van tax will you pay?

The amount of company van tax you’ll pay is simply your personal rate of tax times that fixed BIK value. So for a 20 per cent taxpayer it’s 20% times £3,430, which gives an annual figure of £686 – or £57.17 per month. 40 per cent taxpayers will pay double for obvious reasons.

Company van drivers also benefit from a very generous fixed Benefit-in-Kind rate for any private mileage fuel paid for by their company. This is set at £655, and again you simply multiply it by your tax rate to find the amount due to HMRC.

They also save you money in terms of road tax, which is currently set at £0, and if you charge the van at home, then you should be able to claim back a percentage of your electricity bill as a business expense.

To find out more about the latest company van tax rules for pick-up trucks, click here... 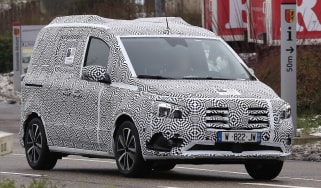 The new Mercedes T-Class MPV is set to arrive in the UK in the first half of 2022, sitting below the V-Class in the German brand's line-up
Renault Zoe Van review