The new Vauxhall Corsa GSi is available to order now from just under £19k, promising fun on a budget 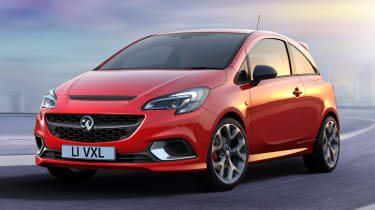 Vauxhall has confirmed full prices and specifications for the new Corsa GSi. Available to order now and with deliveries starting in September, the insurance-friendly performance hatch will start from £18,995.

The GSi takes the place of the now-discontinued VXR as the most sporty model in the Corsa line-up, albeit at a slower, more accessible level. Based on the three-door Corsa, the GSi sports a VXR-mimicking body kit, complete with a honeycomb front grille, sill extensions and a large rear spoiler. Its brakes and suspension setup are also related to the VXR.

Power comes from a 1.4-litre turbocharged engine matched to a six-speed manual gearbox. It makes 148bhp and 220Nm of torque, enough for a 0-62mph time of 8.9 seconds and a 126mph top speed. Fuel consumption is rated at 49.6mpg, with official CO2 figures of 139g/km. 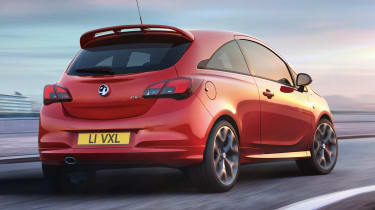 The lower engine output relative to the VXR should mean that the GSi is more affordable for younger buyers to insure. That’s a key factor for Vauxhall, which knows how popular performance-focused Corsas have been to that area of the market over the years.

Developments on faster VXR models appear to have been frozen in the wake of Vauxhall and Opel’s purchase by PSA Peugeot-Citroen. But insiders say that the idea of faster versions of the next-generation Corsa and latest Astra have not been abandoned. Engineers are looking at ways of sharing performance parts with Peugeot to help drive down the cost of creating niche hot hatchbacks.

The GSi faces the likes of the Suzuki Swift Sport and the Ford Fiesta ST-Line EcoBoost 140 in the warm hatchback segment. Its on-paper numbers are near-identical to the marginally cheaper Ford, though the Suzuki is both faster and, at a current - though temporary - £16,499 asking price, significantly cheaper, too.

Do you think the Vauxhall Corsa GSi is a bargain at £18,995? Let us know your thoughts below...