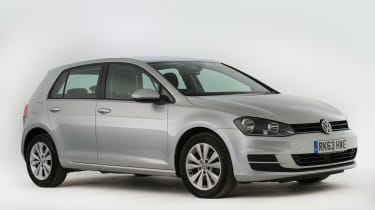 37
Buy used for less at Buyacar 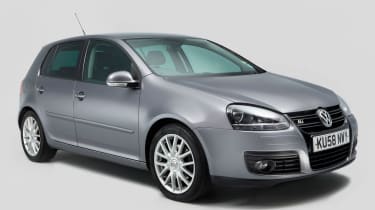 The Golf is the car that Volkswagen’s rivals all want to emulate. They want a taste of its rock-solid reputation, its understated class and its upmarket image – and the good news is there is plenty of choice as it outsells many of its more mainstream rivals.

The company has been building the Golf for more than 40 years, and each model has offered the same mix of solid construction, discreet looks and hatchback practicality – it’s no wonder we love them.

High asking prices mean used Mk6 and Mk7 Golfs are out of reach for many buyers, but older models, such as the Mk5, are now strong value. The fifth generation is also new enough for there to be a decent number of cherished, low-mileage cars around – so if you’ve hankered after a Golf, this could be your chance. 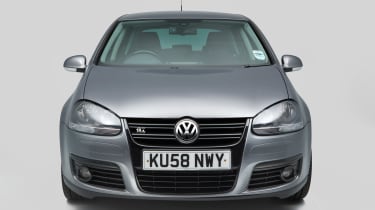 In January 2005, the GTI Mk5 went on sale, powered by a turbocharged 197bhp 2.0-litre TFSI engine. One year later, the even hotter 247bhp Golf R32 arrived, complete with four-wheel drive.

In the meantime, in June 2005, the high-roofed and slow-selling Golf Plus hit dealers. The following June, the 138bhp 1.4 TSI replaced the 2.0 GT, a year before the Golf Estate appeared. At the same time, a 168bhp 1.4 TSI was launched.

Until February 2008, the DSG auto transmission featured six ratios; later cars got seven gears. The Mk5 was replaced by an all-new Golf in January 2009.

The regular 1.4-litre (non-TSI) petrol engine feels lacklustre, as does the SDI diesel. But the TDI engines (especially 2.0-litre versions) are more zesty, as are the bigger petrol powerplants. Just bear in mind that diesels aren’t as reliable as the petrol alternatives, which is why running costs can be higher. 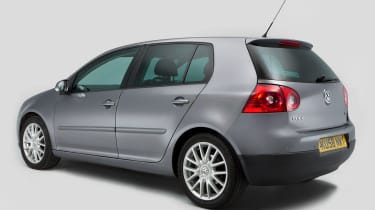 There are plenty of automatic Golfs about; the DSG transmission is excellent to use, but generally isn’t as reliable as the manual box.

Closely related to the Golf, the Audi A3 is worth a look if you’re after a premium small hatch, thanks to its build quality, excellent brakes and fine driver appeal. The BMW 1 Series also warrants consideration if strong construction and great handling are priorities – but some owners have criticised the ride quality and it isn’t the most practical choice. For less money you can buy a Honda Civic, which is great to drive, looks funky and costs less to run, while also being superbly practical.

If the Civic looks too radical for you, the Ford Focus might be just the ticket with its affordability, practicality, great build and brilliant dynamics. It just doesn’t enjoy the premium image of the VW, Audi or BMW.

It’s easy to get comfortable in the front of the Golf, as the seats are supportive and the steering wheel adjusts for reach and rake. In the back, there’s room for two adults or three children and everything feels well screwed together. The 350-litre boot isn’t as big as most rivals’, though. 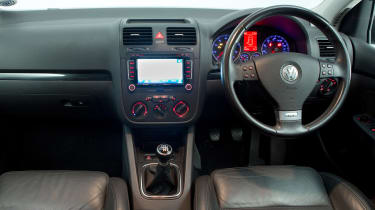 The turbocharger on the TDI editions can fail after little more than 100,000 miles. When it does so, repair costs can equal the car’s value.

Make sure that the air-conditioning and climate control work, as compressors and condensers can fail. Repairs are expensive.

Age will have taken its toll on the brakes and suspension. The issue you’ll most likely face is broken springs, especially at the front. 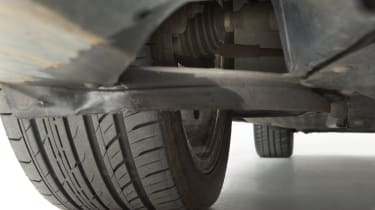 The seals fail on the rear light lenses, resulting in them misting up on the inside. The only effective cure is a pair of replacement lenses.

All Mk5 Golfs have a variable service option which can be activated at any point. This allows up to two years or 20,000 miles between check-ups; cars without it need attention every 12 months or 12,000 miles. Thanks to its age, the Golf Mk5 is also eligible for cut-price servicing at any franchised VW dealer; this means services for all Golfs – apart from the R32 – start from £149. 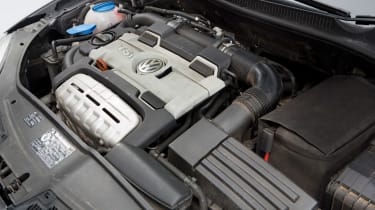 The Golf Mk5 has been affected by three recalls. The first was issued in March 2005 for cars with the TDI PD engine, built between March and August 2004. They could suffer from leaks from the fuel pump. Another recall in February 2007 concerned diesel Golfs from November 2006 to January 2007 – the heating element could overheat in the auxiliary heater. The most recent recall came in January 2008. Again, it was aimed at diesel-engined Golfs and their auxiliary heaters.

The Golf Mk5 didn’t make the top 150 of our Driver Power 2016 satisfaction survey, but was ranked 145th in 2014, when it was rated the least reliable compact family car.

With a huge range of bodystyles and engines, there’s a Golf for everyone, from the ultra-frugal BlueMotion editions to the seriously quick GTI and R32 models. It’s always in fashion, and thus easy to sell on.

Good to drive, the Golf makes a great motorway cruiser, and it’s practical thanks to its hatchback configuration. It’s also a safe choice. However, its advancing years mean there are a lot of neglected examples out there, and the fifth-generation Golf isn’t as immortal as you might think. There are lots of things that can go wrong and repair bills can be high – so before you snap up what seems like a bargain, make sure it really is as good as it seems.

Have you ever bought a used Volkswagen Golf? Tell us about it in the comments section below...