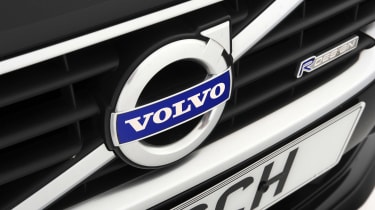 Volvo has announced a major electrification push and product offensive that will see the Swedish carmaker transform its entire range into hybrid and fully electric vehicles over the coming years.

The firm’s electric revolution will truly begin two years from now – Volvo says that every car it launches from 2019 onwards will have an electric motor, beginning the push to phase out cars powered solely by internal combustion engines. It’ll place electrification at the front and centre of everything Volvo makes.

Håkan Samuelsson, President and Chief Executive of Volvo Cars said: "People increasingly demand electrified cars, and we want to respond to our customers’ current and future needs. You can now pick and choose whichever electrified Volvo you wish."

Fully electric, plug-in hybrid and mild hybrid cars of all shapes and sizes will go on sale, and the firm targets to sell a total of 1 million electrified vehicles by 2025.

Volvo’s upcoming, broad hybrid portfolio will see every car in the range offered with 48-volt electrified architecture and a choice of mild or plug-in hybrid assistance mated to both petrol and diesel powertrains.

The firm also intends to release five all-electric cars between 2019 and 2021. Three of these cars will wear Volvo badges, while the other two will fall under the Polestar badge. As revealed by Auto Express last month, Volvo plans to spin its performance arm off as a separate, high-performance electrified car company.

Back at the Shanghai Motor Show in April, Volvo revealed that the first of those five all-electric cars would be built in China - home of the firm’s parent company Geely – for worldwide export.

When the car arrives in 2019, the firm’s Compact Modular Architecture (CMA) will underpin it. The platform will be shared with Volvo’s upcoming fleet of small cars, including the new XC40 SUV, the S40 saloon and the V40 hatchback. As such, we expect something similar in proportion and price to the Tesla Model 3.

Larger EVs using the larger Scalable Product Architecture – currently employed on the XC90 and XC60 SUVs – will follow up.

What do you make of Volvo's bold electrification strategy? Let us know in the comments!