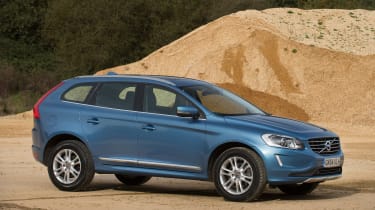 It’s almost a decade since we first drove the XC60, and our initial review was full of praise and criticism in equal measure. Practicality, comfort and interior design were excellent, and the styling very distinctive, but it was held back by woolly steering, disappointing fuel economy and a lacklustre driving experience. Numerous updates addressed some of these problems, and the XC60 is very appealing as family transport, because even now the car has some of the more advanced safety tech available. High running costs are the fly in the ointment as fuel economy tends to be poor, but hefty depreciation means you get more car for your money when buying used.

When Volvo introduced its first SUV in 2002 (the seven-seat XC90), the car proved a smash hit. The brand couldn’t make them quickly enough, so it was inevitable that for an encore a smaller, more affordable SUV would follow; and sure enough, that model arrived in 2008.

The XC60 was engineered to typical Volvo standards and came packed with cutting-edge safety tech, so was another big success for the Swedish company.

We’ve always liked the car in isolation, but the compact SUV market features some very talented choices, some of which put the Volvo in the shade. Still, as an overall package, the XC60 remains hugely likeable, and a worthy used buy. 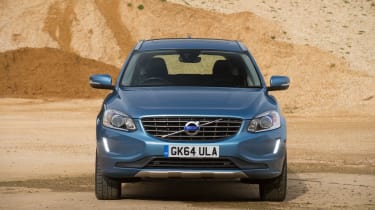 There are very few petrol XC60s around; a T6 converted to LPG could make sense, but diesels have the most appeal. 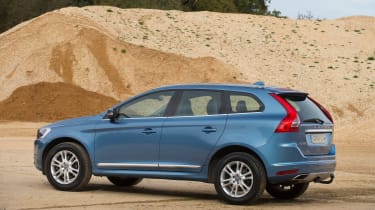 Alternatives to the Volvo XC60 Mk1

Range Rover’s Evoque is a very enticing rival, with its go-anywhere image, sharp looks and great cabin. But reliability is an issue and running costs are steep. 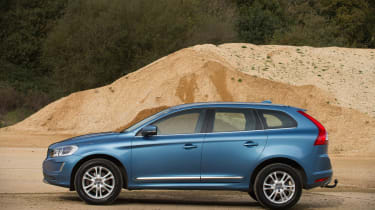 Less distinctive but more dependable is the Audi Q5, which is well built, gets some efficient engines and is good to drive, if not too engaging. Many of the same attributes apply to the BMW X3, but it’s more entertaining from behind the wheel. If you’re tempted, aim for a post-2010 Mk2 car because the original X3 wasn’t as impressive. Another contender is the Volkswagen Tiguan, but don’t overlook the reliable, keenly priced and plentiful Asian alternatives like the Nissan X-Trail, Toyota RAV4 and Honda CR-V, plus the Kia Sportage.

Electric parking brake not releasing can be down to a sensor making the car think the driver’s door is open.

Have all four tyres balanced, even if only one is replaced. Vibrations that are hard to pin down can occur otherwise.

Doors on some early cars can suffer from locking and latching problems if the temperature drops below zero. 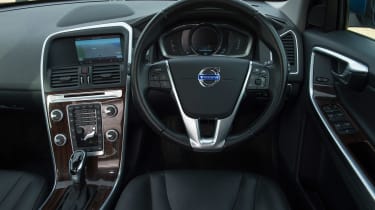 The Volvo’s stylish interior design doesn’t come across as functional, unlike many SUVs’. With comfortable seats, lots of head and legroom plus strong build quality, the XC60 is hugely appealing inside, and has a calm ambience. It’s well equipped, too. Boot space is pegged at 655 litres with the rear seats up, or 1,455 litres when they’re folded.

A service is needed every 12 months or 18,000 miles or, if Volvo’s long-life maintenance regime is chosen, every two years or 18,000 miles. Check-ups alternate between minor and major, priced at around £250 and £350-£400 respectively, for petrol as well as diesel. 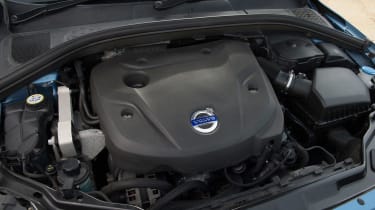 The XC60 has been recalled 33 times; more than any car we’ve featured in our buying guides. Some recalls concerned a few models; others affected thousands.

Some covered minor issues such as faulty fuel gauges, but most were more serious, including airbags not deploying, electrical failures, engines stalling or losing power, gearboxes jamming and fuel leaks. Others included seatbelts not working properly.

Ninth place in our Driver Power 2017 new car satisfaction survey puts the XC60 ahead of the Honda CR-V, Range Rover Evoque and Nissan Qashqai. Its top ranking was for safety, while comfort, reliability, build quality, plus the engine and gearbox were also highly rated. Owners’ only criticisms were fuel economy and running costs.