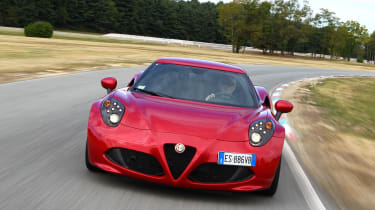 The Alfa Romeo 4C caused a sensation when it was revealed in concept car guise at the Geneva show in 2011. The production version followed soon after, with exactly the same catwalk looks, while power came from a 237bhp version of the 1.75-litre four-cylinder turbo petrol engine found in the Giulietta Cloverleaf, mated to a six-speed TCT twin-clutch gearbox. In addition, Alfa introduced the 4C Spider in 2015 for added wind-in-the-hair thrills.

While the 4C's looks caused a sensation and marked a revival of the brand as a thoroughbred sports car manufacturer, the reality is that this Alfa doesn't deliver the kind of driver involvement and engagement that a pure-bred Italian sports car should serve.

There's a lack of powertrain and chassis refinement, and the car's performance is hampered by the slow-witted gearbox and laggy turbo power delivery, which the edgy chassis set-up struggles to cope with. That means the 4C is less fun to drive than similarly priced rivals such as the Porsche Cayman and Boxster, and Lotus Elise, while the car's edgy nature means it never feels settled, whether you're popping to the shops or cruising on the motorway.

Alfa Romeo's mainstream line-up is restricted to the ageing MiTo and Giulietta hatchbacks until the Giulia saloon arrives, but the 4C is something for fans of the brand to get excited about. It's a scaled-down supercar and features a mid-mounted 237bhp 1.75-litre turbocharged four-cylinder engine and a twin-clutch automatic gearbox. But as the coupe weighs less than 900kg, thanks to a carbon-fibre monocoque chassis, the engine delivers explosive performance.

Alfa Romeo has a long history of sporting models, dating all the way back to the A.L.F.A. 24hp that competed in the 1911 Targa Florio race. With decades of Grand Prix, F1, Touring Car races and rallies under its belt since then, the firm seemed to lose is mojo in recent years.

• New Alfa Romeo 8C and GTV on the way

Enthusiasts pined for the excitement and glamour of cars like the 1966 Alfa Spider sports car – a car so loved, that amazingly it survived in production right through until the early 1990s. The 4C is part of the Fiat group’s plan to bring that old Alfa magic back.

The 4C coupe went into production in 2013, but first arrived in the UK in 2014 while the 4C Spider followed a year later. Both versions are built at the Maserati plant in Modena, Italy. 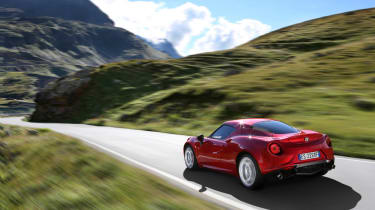 Both models are built around a carbon-fibre tub with front and rear subframes in aluminium designed to keep weight down, although the Spider weighs in at 940kg, 45kg moe than the coupe, thanks to extra chassis strengthening to cope with the removal of the roof. Both cars feature composite moulded body sections made from glass-fibre reinforced plastic for low weight, strength and cost-efficient production.

Rivals to the Alfa 4C include the Porsche Cayman and Boxster, the Audi TTS and Lotus Elise. 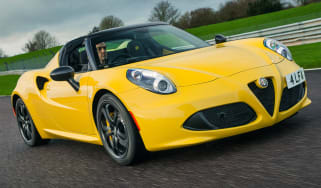 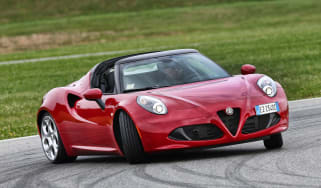 Alfa 4C Spider looks sublime, and gets some mechanical updates too - but it costs £8,000 more than the coupe
Alfa Romeo 4C Spider opens for business in Detroit 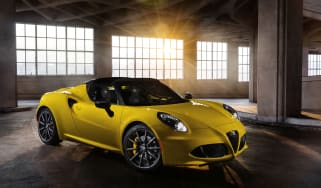 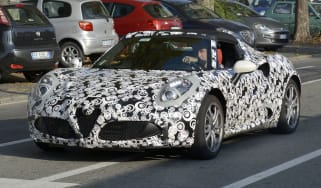 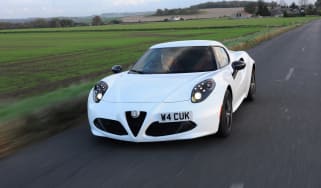 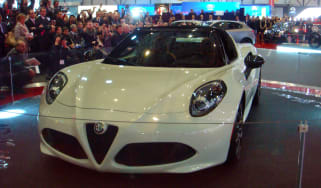 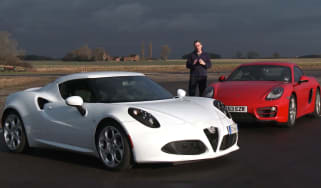 The new Alfa Romeo 4C might look the part, but can it beat the Porsche Cayman on a hot lap?
Alfa Romeo 4C video review 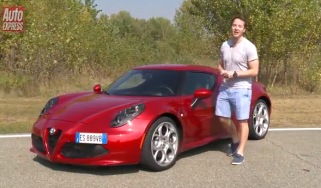 In this video review we test the stunning Alfa Romeo 4C, but is it more than just a pretty face?
Alfa Romeo 4C coupe review 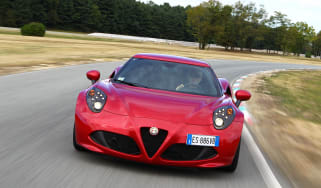 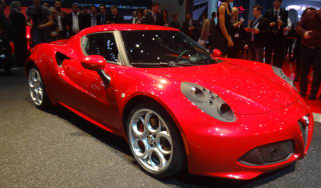 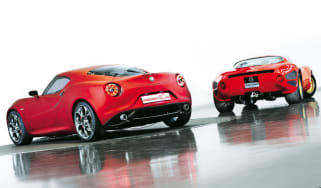