The Alfa Romeo Montreal makes our list of readers’ 10 Most Wanted Cars. Here’s how it could look… 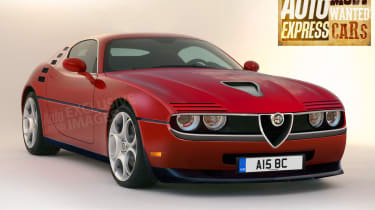 Few manufacturers evoke passion like Alfa Romeo, so it’s no surprise to see a fantasy Alfa rank so highly in our table.

The Alfa Romeo Montreal first appeared in concept form almost 50 years ago at the Expo 67 show in Montreal, Canada and its timeless design and graceful stance still seems to have had a lasting effect on car fans.

Three years after its debut as a concept, the production version of the Alfa Romeo Montreal was revealed to the world at the 1970 Geneva Motor Show. The transformation from concept to production car had brought with it a wealth of mechanical changes for the Montreal, switching from a 1,600cc engine to a 2.6-litre V8 developing around 195bhp. It was capable of getting from 0-62mph in 7.4 seconds before hitting a top speed of 134mph.

Yet, what really got people hot beneath the collar was the styling of the 2+2 sports coupe. It featured a fake air-duct cut into the bonnet and unusual grilles over the headlights that slide back when the lights are switched on. Our exclusive image of the Montreal shows how a modern day interpretation could look, which draws on the classic design cues worn by the original. 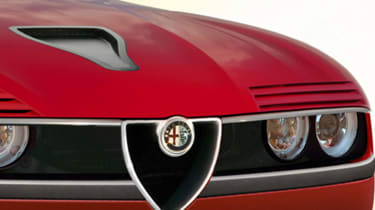 The perforated C-pillar remains a standout features along with the twin headlights and bonnet scoop. Earlier this year Alfa Romeo also revealed its plans to introduce eight all-new models by 2018, so a reborn Montreal certainly isn’t out of the question.

If Alfa was to revive the name, there’s a good chance the Italian marque would use the 4C platform as a basis as the two cars share an almost identical wheelbase. The turbocharged 1,750cc engine from the 4C would also be a good fit although the more potent 450bhp 4.7-litre V8 from the 8C would create some breathing space between the two models.

An Alfa spokesman said: “The 4C is our ‘halo’ car currently, but with our planned expansion there is room for a ‘flagship’ 2+2 sports car in our line-up.” 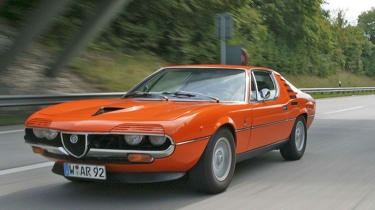 The 2+2 coupe concept car that would become the Alfa Romeo Montreal was unveiled without a name at the Expo 67 show in Montreal, Canada. The public, however, filled the void by calling it the Montreal and the name stuck for the production version.

Following its 1970 Geneva Motor Show debut, the production car arrived in the UK with a £5,000 price tag that was higher than that of the Jaguar E-Type or the Porsche 911 at the time.

The car remained largely unchanged for a seven-year production run in which 3,917 units were built. None were actually sold in Montreal as Alfa didn’t develop a version that could meet the local emission control requirements.

Don't forget to tell us what you think of the idea of a new Alfa Montreal on Twitter, on Facebook or in the comments section below...