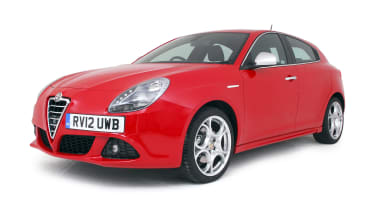 Alfa Romeo has had a lot of false starts over the years, but the Giulietta wasn’t one of them. Although it was outclassed by rivals when it was first launched, here was a car that injected some brio into the small hatch sector.

Distinctively designed with a luxurious cabin and some zesty engines, the Giulietta isn’t the best driver’s car in its class, yet in 2013 it notched up a top 10 placing in our Driver Power satisfaction survey.

Just as impressively, in 2010 it was rated as the safest compact model ever tested by Euro NCAP. So while this Alfa isn’t the best overall in its class, it’s a car that you can buy with your heart as well as your head. 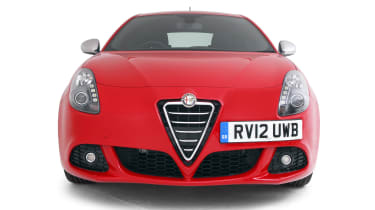 A facelift in spring 2014 brought a tweaked exterior, upgraded interior and reduced emissions, plus more power (175bhp) for the 2.0JDTM engine. The 236bhp Quadrifoglio Verde of June 2014 featured a 1.7TB engine, while the high-spec Business Edition of December 2014 was aimed at company users.

None of the engines are weak; the 1.4TB and 2.0JDTM are excellent, but if you want serious performance the 1750TBi is a 150mph machine. The TCT gearbox works well, although it adds a big premium to the purchase price. From the outset buyers could choose from four trim levels; the entry-level Turismo, then the Lusso, Veloce and Cloverleaf, with the latter offered only in 1750 TBi form. The Sportiva, introduced in autumn 2012, sits between the Veloce and Cloverleaf. 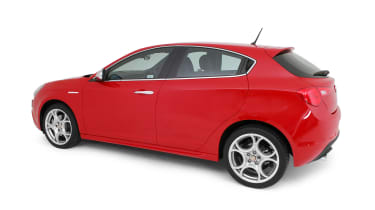 Alternatives to the Alfa Romeo Gulietta

Another sharp-looking car that’s an accomplished all-rounder is the SEAT Leon, with its efficient engines, practicality, wide model range and keen prices.

The Mazda 3 offers all this and is generously equipped, too. Volkswagen’s Golf is a perennial favourite thanks to its fine dynamics, excellent build quality and extensive model line-up – it’s the consummate small hatch. The BMW 1 Series is great fun to drive and beautifully made, but expensive to buy. Audi’s A3 is another tough adversary, with its brilliant cabin and range of efficient engines, while the Ford Focus is top value, too.

The Blue&Me Bluetooth connection can play up; the system may need to be reset, a connector replaced or the phone repaired to solve the issue. 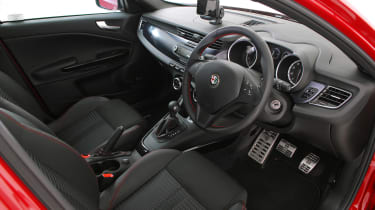 While the cabin’s build quality is generally good, some cars have squeaky or creaky seat trim. Lubricating the seat runners can help.

The boot lock can fill up with water after heavy rain, leading to the mechanism seizing up and potentially the spare wheel well flooding.

The rear light clusters have a habit of suffering from failed seals, which allows water in, causing annoying condensation on the glass in cold weather.

It looks great and feels special, but the cabin is flawed, with offset pedals. Rear seat space and visibility are poor. A lack of cubbies is disappointing, as is the driving position. Boot space is okay, at 350 litres with the seats up, or 1,045 litres when they’re folded. 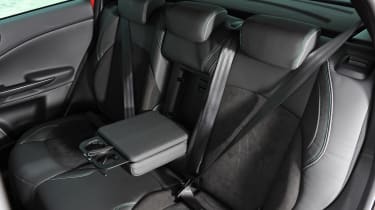 Giulietta’s that do under 10,000 miles in a year should be serviced annually. Otherwise, a check-up every two years or 21,000 miles is recommended, although the 1.4-litre engine cuts this to every 18,000 miles.

The 1750 requires an annual oil and filter change. All Giuliettas have a cambelt which needs replacing every five years – or four with mostly urban driving. There’s a 96,000-mile limit on the timing belt, apart from the 1750’s, which needs renewing at 72,000 miles, at £471.

Prices range from £135 for an oil change to £239 for a major service; intermediate check-ups cost £170. An air-con regas is recommended at each service, at £90.

Since the Giulietta arrived, Alfa Romeo has issued just five recalls for its entire line-up, two of which were for the ultra-exclusive 8C supercar. A limited model range has helped keep the tally down, but just one for the Giulietta in seven years is impressive. The campaign was launched in July 2015 and was aimed at Giuliettas with the 2.0-litre MultiJet engine and a TCT gearbox, built up to May 2015. A chafing wiring loom could lead to problems with the transmission and potentially a loss of drive altogether.