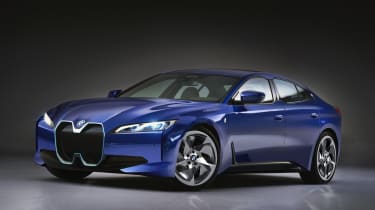 BMW has announced that it intends to bring forward its electrification plans. The previous strategy, which would involve the release of 12 plug-in vehicles by 2025, will see those hybrid and fully electric vehicles now hit the market by 2023.

The move to bring the fleet of models forward two years is made possible, according to BMW, by its flexible vehicle architecture. This means that in such models, only the bulkhead is fixed; behind and ahead of that, varying structures are able to accommodate combustion engines, battery packs, or a combination of the two.

Of those 12 vehicles, over half will be fully electric. Among those will be a replacement for the BMW i3, the MINI electric, and further down the line, the BMW i4, and the iNEXT.

Plug-in hybrid models will be either introduced as new models or revisions of existing cars, too. Updated versions of both the BMW 5 Series and 2 Series Active Tourer plug-in models, due to be revealed later in the summer, will gain increased electric-only ranges, while further down the line, plug-in variants of the BMW X1 and the 3 Series Touring.

Speaking in Munich, Harald Krüger, Chairman of the Board of Management of BMW AG, said: “We are moving up a gear in the transformation towards sustainable mobility, thereby making our company fit for the future: Over the past two years, we have consistently taken numerous decisions that we are now bringing to the roads. By 2021, we will have doubled our sales of electrified vehicles compared with 2019.”

Are you looking forward to seeing more electric BMW's? Let us know in the comments below...